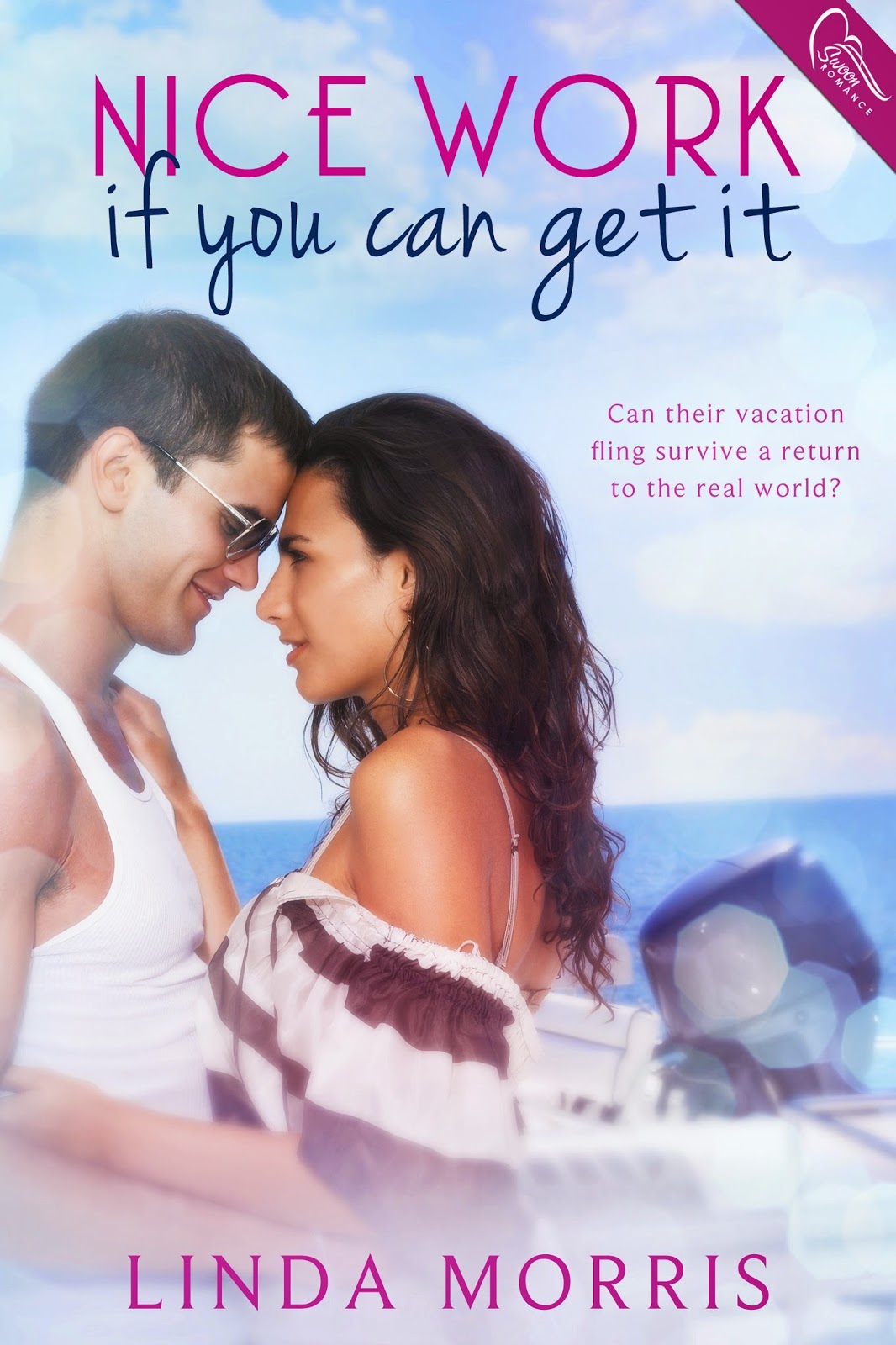 Coming soon from Swoon Romance!
Andrew Sheffield and Ally Arietta meet in paradise: Playa del Carmen, Mexico. They have nothing in common: He's a workaholic CEO, embittered after the failure of his first marriage. She's been caring for her ailing Sicilian grandmother who's just passed away, and now she's ready to put herself first for a change. The sparks fly, but Andrew is no easy guy to get along with. His workaholic ways have them bickering from the start, but Ally decides that doesn't matter: It's just a fling.

But when Ally nearly dies during a para-sailing accident, Andrew realizes she means much more to him than casual sex. The accident causes Ally to run scared: She's vowed to put herself first after years of self-sacrifice. She breaks it off and returns to Chicago to resume the life she interrupted to care for her grandmother, but she hasn't seen the last of Andrew, who is determined not to let her walk away.
Add it to your shelf on Goodreads.
About the Author:
Linda Morris is a writer of contemporary romance. She writes stories with heart and heat, along with a joke or two thrown in. Her book Melting the Millionaire's Heart was an Amazon Top 100 Series Romance bestseller. Its sequel, The Mason Dixon Line, was published in Feb. 2014. Her vacation fling romance, Nice Work if You Can Get It, will be published by Swoon Romance in Aug. 2014. A Sedona-set spa story, Just a Touch, is coming from Samhain in Dec. 2014.
When she's not writing, working as a freelance editor, or mommying, she's doing yoga, reading, working in her flower garden, or baking delicious things she probably shouldn't eat. She believes that there are two kinds of people: pie people and cake people, and she is definitely one of the former. Her years of Cubs fandom prove she has a soft spot for a lost cause. A beat-up old copy of Kathleen Woodiwiss's Ashes in the Wind was her gateway drug into the world of romance novels, and she's never looked back.
Posted by Aubrie at 3:00 AM