Taking My Nephew Mini-Golfing for the First Time 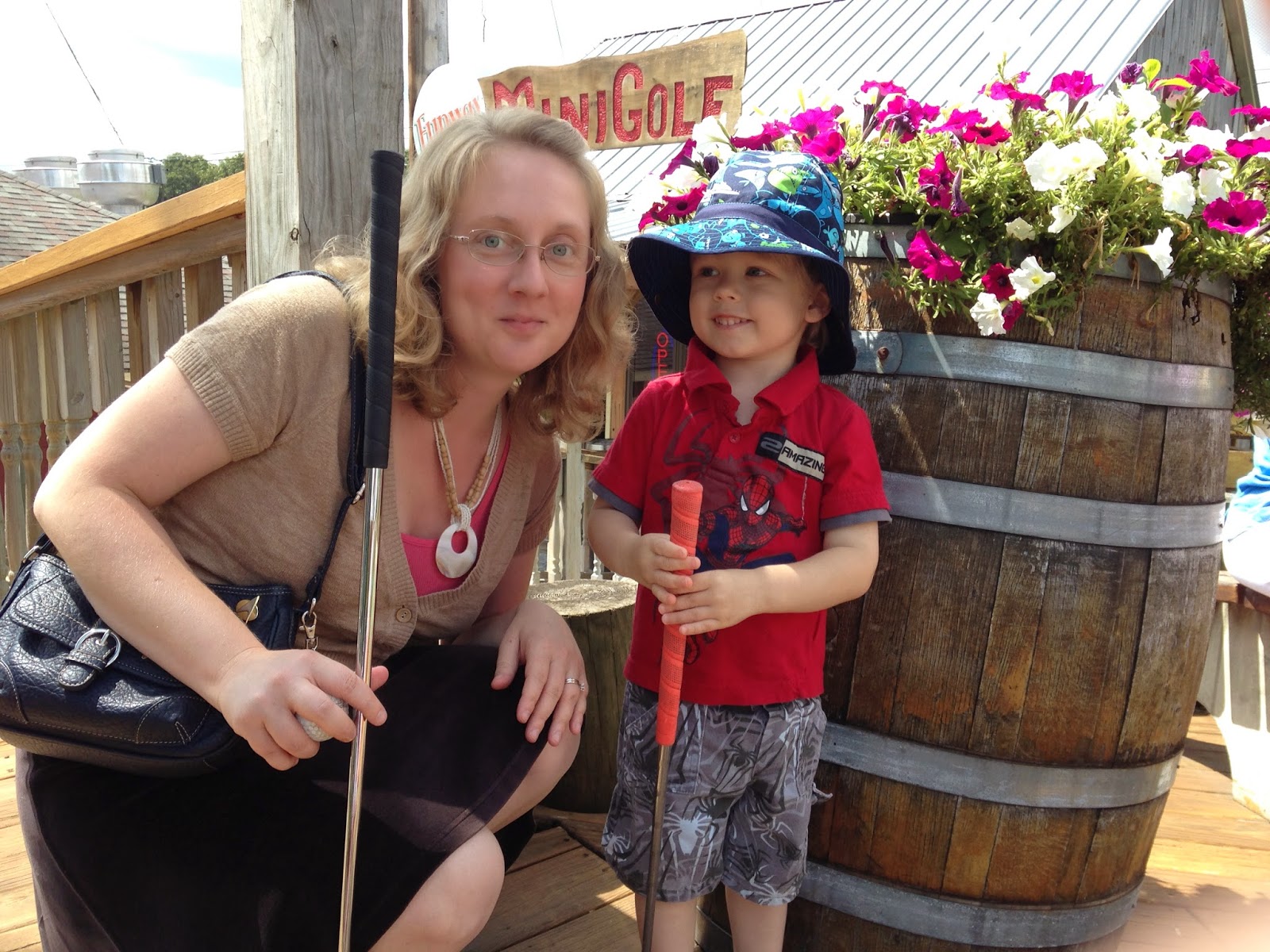 Sometimes it's nice to take some time off from writing and flute and spend time with my niece and nephew. Spending time with kids really makes me think about what's important in life. It's not deadlines or word counts, but taking a four year old mini golfing for the first time in his life. Now that's important. That's a BIG major lifetime event, and I'm glad I got a chance to be a part of it. My nephew's just about the only person I can stand next to and seem like a giant! He was so excited to go. My sister said he'd been asking about going mini golfing for a LONG time. Finally, his dream came true. 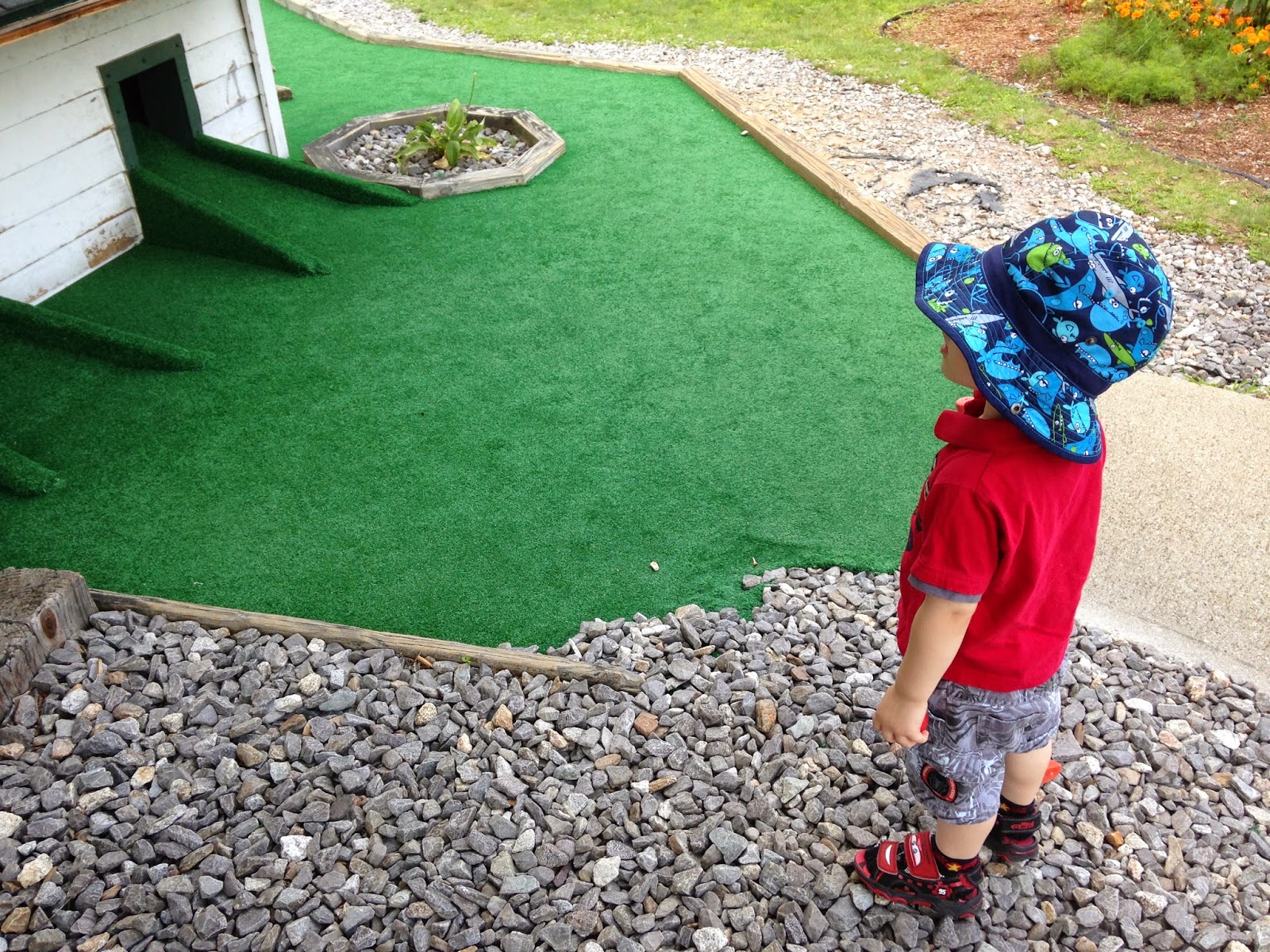 Here he's assessing the course. My sister and I let him play each hole by himself with as many strokes as it took. That way she could hold the baby, and I could help him without him feeling pressured. It took both of us swinging at the same time to get the ball up that ramp and through the house! 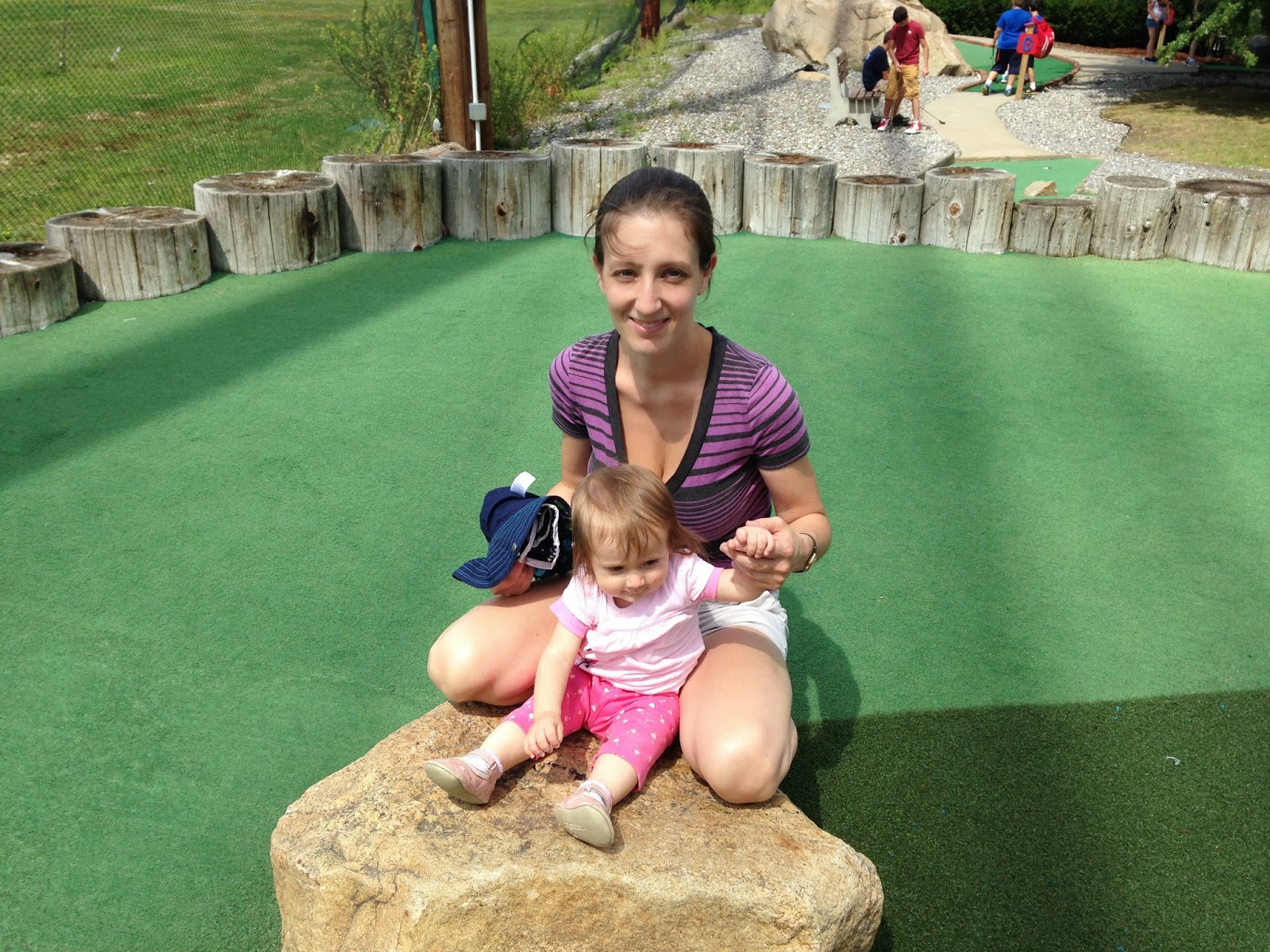 It was a beautiful day for it- until the rain came. But, just when it started, we reached the hole with the lighthouse where we could take shelter until most of the rain had passed. It was perfect timing! I think he had more fun throwing rocks in the water than actually hitting the ball.

On the way home, he said "Next time I'll be even better because I practiced." I thought that was such a great thought. He is so positive, and he's already learned that with practice you can achieve your dreams.
Posted by Aubrie at 7:21 PM

Very sweet. That first picture, he's looking at you like you are the greatest person in the world! That has to feel good for the both of you. Glad you had a great time. Sometimes, I wish had little ones around. :)