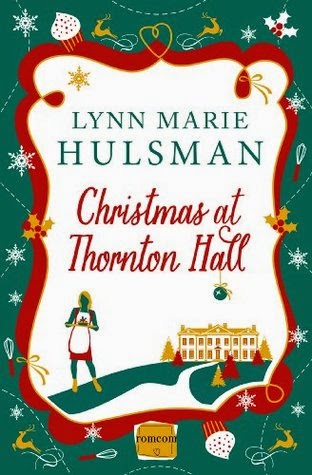 Like A Modern Day Jane Erye with a Feminist Twist

Juliet has excellent success as a chef, but not so much in the boyfriend department. She’s made some questionable choices with some philandering men, and hopefully, she’s learned from her mistakes. Or has she? After finding out her boyfriend isn’t as serious as she thought, she takes a job cooking for Christmas at Thornton Hall- a place where she has history with not one but two gorgeous men. Which one is better for her? Or are both of them the same old story of her sad love life. You’ll have to read this book to find out!

I whipped right through this story. It was one of the first romances that I had no idea what was going to happen at the end all the way until the last few pages! It reminded me of Jane Erye- in that the servant in an English manor was pursued by an older gentleman with a crazy wife. The cast of characters is so big and colorful, I never knew who would pop up next, and each one has as interlacing story of their own.

And the descriptions of the food were mouth-watering. If Ms. Hulsman isn’t a chef herself, she sure has me fooled. Every detail of each dinner was savory, all the way down to tips on how to cook- like thinly sliced mushrooms don’t take as long. I think there should be a recipe book published with all of the recipes in this book!

Ms. Hulsman’s talent lay in witty conversation. So many times I thought of an alternate meaning to what was being said- which made for hilarious reading and very clever writing. There’s not a dull moment at Thornton Hall- I’ll tell you that. Even in the heat wave of summer, this book still made me long for those blustery winters night and comfort foods and that’s impressive.

Waw information you provide very nice
many new things that I got after reading this article you wrote
Thank you so much for sharing this useful information.