Wedding at Prescott Park in Portsmouth 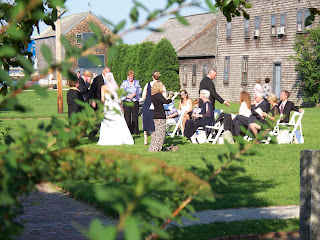 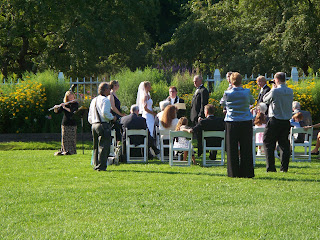 This was a lovely wedding that I played at last Saturday. Prescott Park is a historic location in Portsmouth, NH that is next to Strawberry Banke. Located along the waterfront, there are 42 buildings that represent a span from 1695-1950.

"It has numerous houses,reconstructed wharfs, shops, gardens, several WWII era exhibits. The present-day site known as Strawbery Banke has a long and rich history, stretching back to the earliest years of English settlement in New England. In 1630 Englishmen chose this tidal inlet of the Piscataqua River as a safe harbor for their first settlement; they called their outpost Strawbery Banke for the profusion of wild berries they found near the river.

By the eighteenth century the site was a thriving waterfront neighborhood in an important seaport renamed Portsmouth (in 1653); in the nineteenth century it evolved into an immigrant neighborhood known as Puddle Dock; and by the latter half of the twentieth century it had recaptured its original name, this time as an outdoor history museum. Throughout these centuries of change people lived and worked here, experiencing in a small, personal way, the major events and currents of America's history."


After the readings, there was a special moment when the bride picked Arioso by Bach to be played on solo flute.
Posted by Aubrie at 11:41 AM