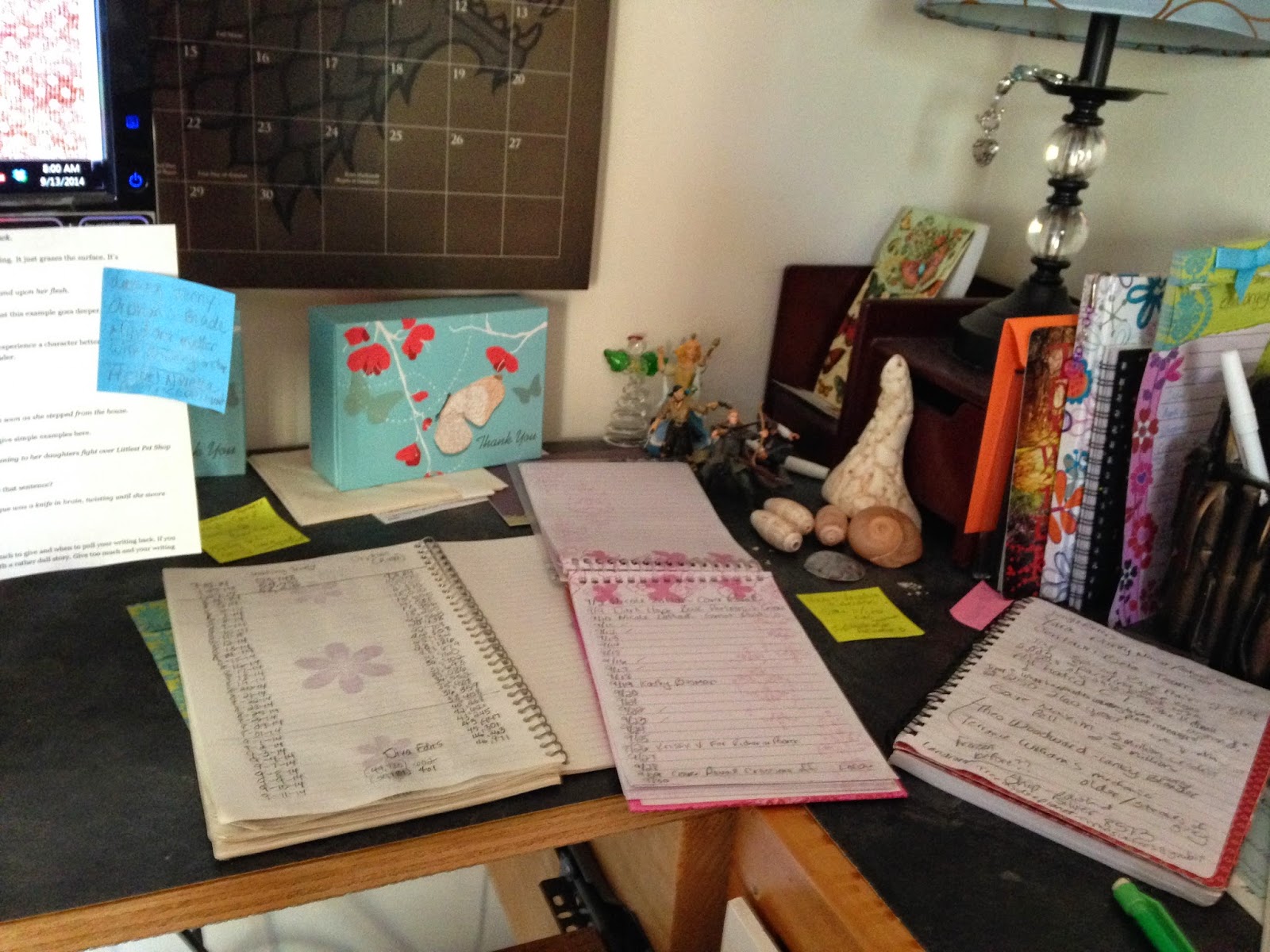 So, my lovely editor granted me a reprieve on my deadline and I have an extra month to finish Orphan's Blade, the sequel to Minstrel's Serenade! (Phew!) I also worked on edits this month to Diva's Handyman, the sequel to An American Girl in Italy. I added 1k to that manuscript developing the characters and their transitions (character arcs) a bit more, especially the diva's transition from a snob in a bubble to a more kindhearted, worldly soul at the end. I'm very happy with the results.

I've very excited to report that I'm one rating away from 900 on Goodreads! Yay! I never thought I'd get up that far, so this is a great milestone for me. It's hard to wrap my mind around the fact that 900 people have read (and rated) my books. Of course, some ratings are from the same person, but just think about the number of people who read books and don't leave ratings....which means probably more than 900 people have read me books. It's astounding.

I also received my royalty reports from Entangled Publishing and Inkspell Publishing and they were pretty good this time. I sold 190 books at Entangled Publishing last quarter- most of them Pan's Conquest because it was on sale for .99. And I sold 68 books at Inkspell Publishing last quarter- all of them my Paradise Reclaimed series with Colonization, Reconnaissance, and Alliance. Minstrel's Serenade did not sell any books (that I know of) during the week of the book blast. :(

Overall, it's been a good month for writing. I've joined a bunch of book touring companies to boost the readership to my blog, and my page stats have gone up from about 100 views a day to 150-200. It hasn't impacted sales much, but at least I have some traffic looking at my books.

Your word count for the year is awesome. Good luck finishing Orphan's Blade! I'm glad you got the extended deadline. :)