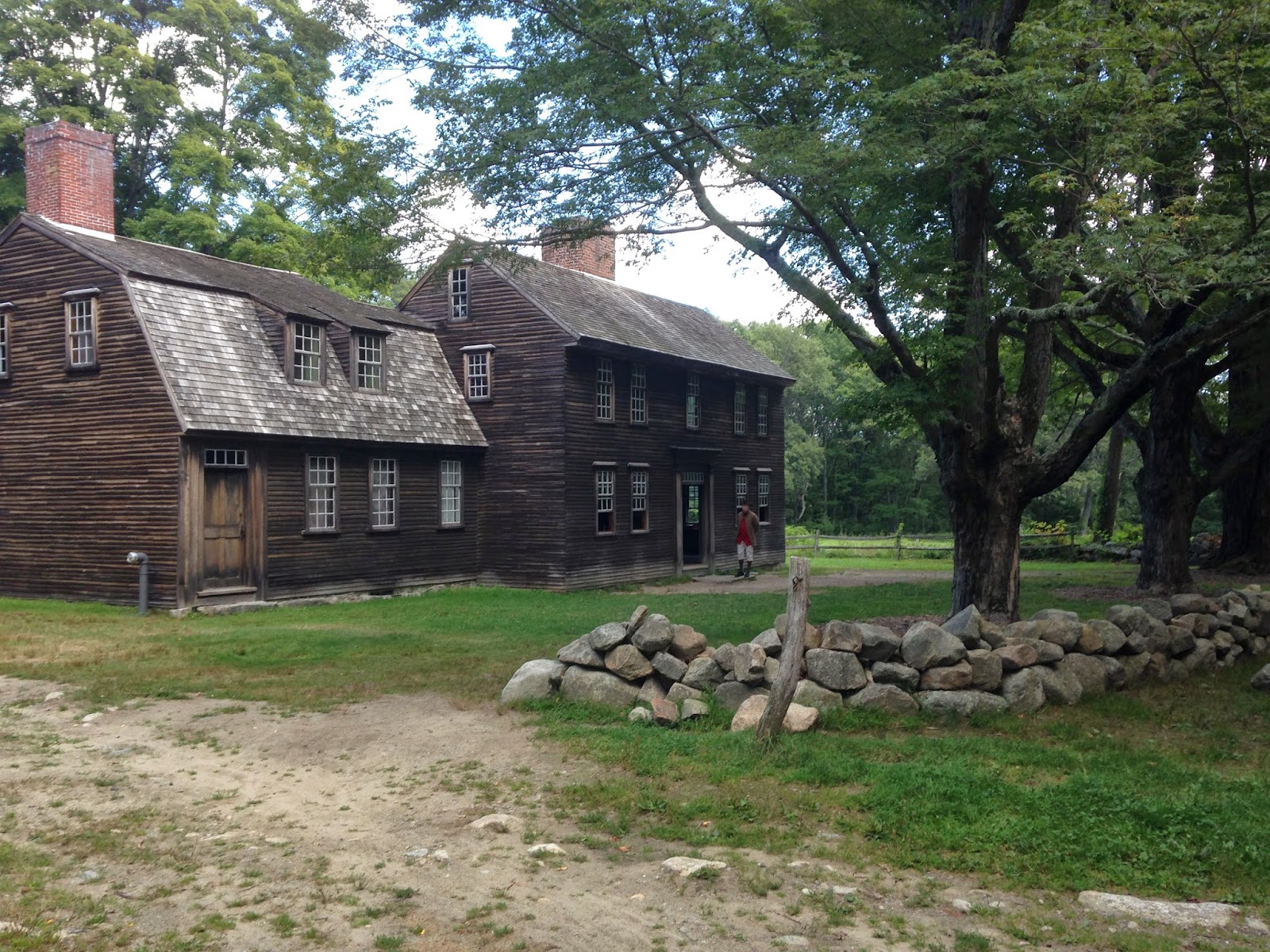 So one of the days this week, my husband and I decided to visit Minute Man National Park. My husband drove by it all the time on the way to the airport at Hanscom Field, and he always wanted to go. I'm not into history as much as some, but I humored him this time and went with him for the trees and the exercise. I wasn't really all that interested in the spot where the British captured Paul Revere.

But, I did read all of the monuments and all of the signs and I learned  a great deal about the event. Did you know Paul Revere wasn't the only one riding out to warn everyone about the British? And did you know he didn't even make it all the way? He was captured, and another man rode the rest of the way to Concord. Why isn't that other man famous? I have no idea.

What I didn't realize was how beautiful the park is, and that you can WALK INTO these old colonial houses and take pictures. That was so very cool. The houses are small- I could reach up and touch the ceiling. I learned that in the winter, they'd get so cold you could freeze a glass of water if you weren't by the fireplace. 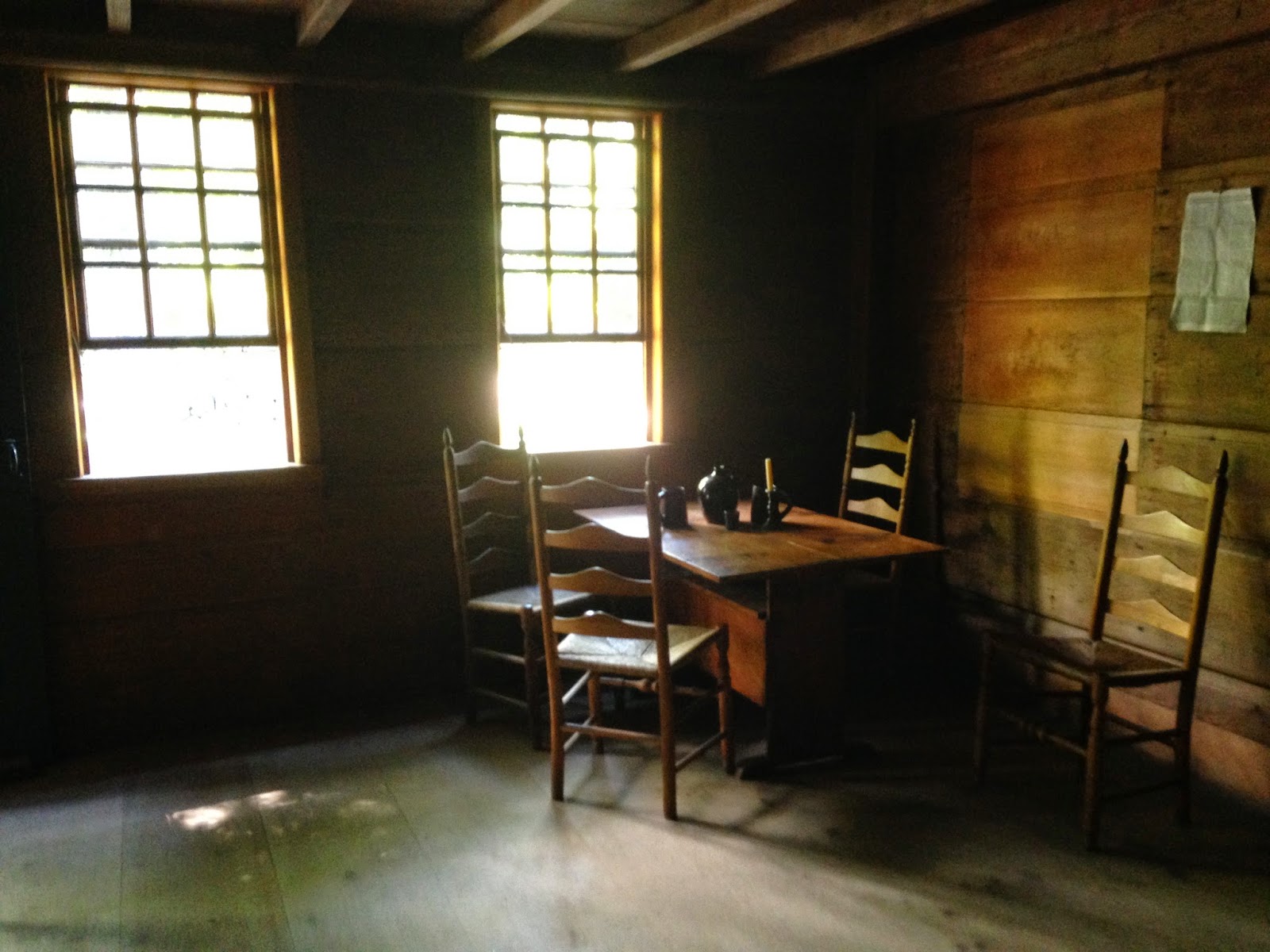 Of course, I took a lot of pictures expecting to catch some orbs. Imagine the number of families that have lived in these houses over the years. There had to be someone still there, right? :) This was the tavern part of the house you see in the picture above. If you walk in the door and turn left, you see this. 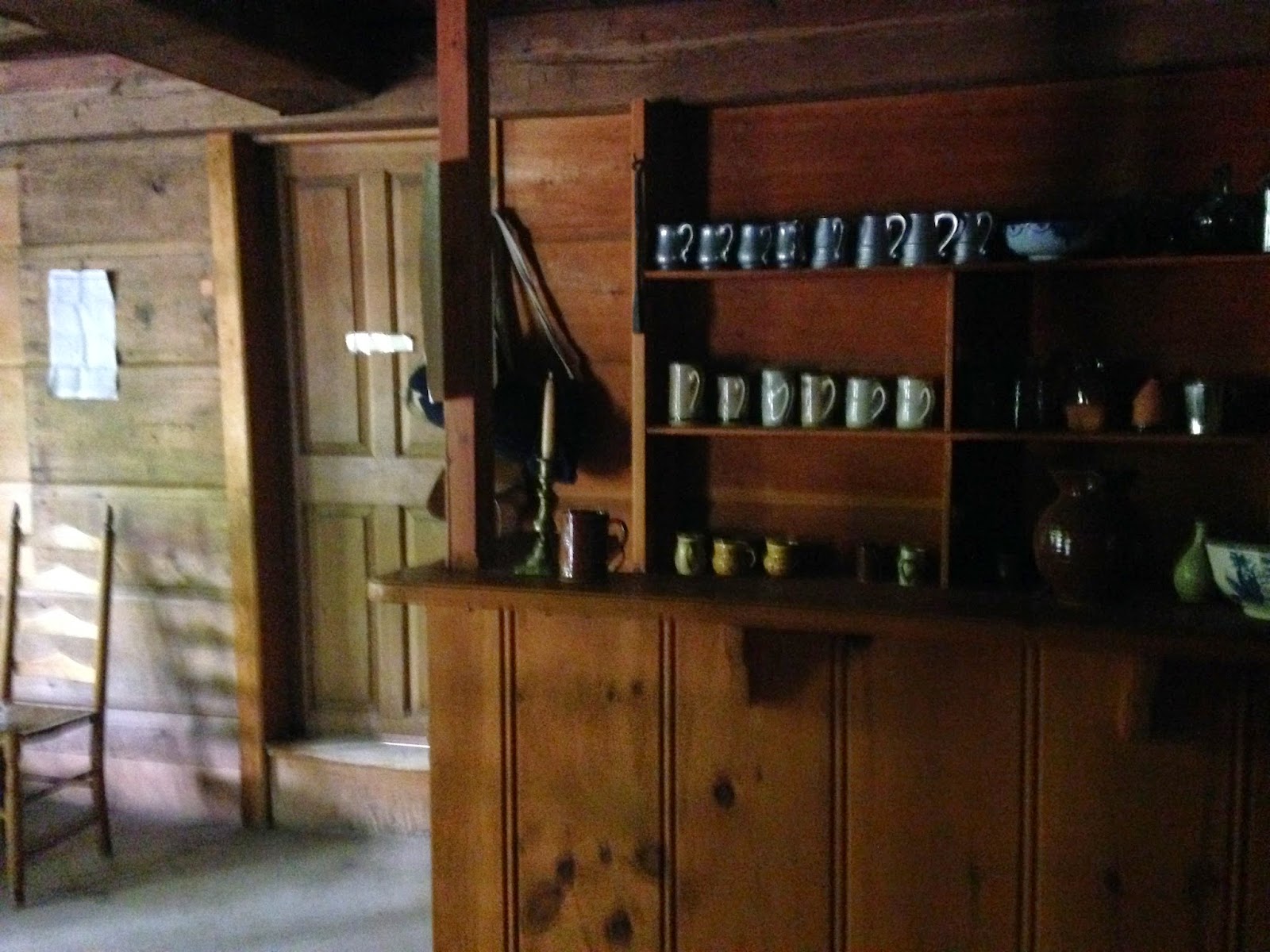 There was a park worker dressed in colonial garb standing there ready to answer all of our questions. (Or to make sure we didn't vandalize I bet). Anyway, I asked him all sorts of questions, including if anyone had ever had a supernatural encounter. He said no one has reported seeing anything, but there have been some "eerie moments" as he put it. I almost took my picture with him, but I didn't want to embarrass him- or embarass my husband anymore than I already had!

Here's where they cooked in the kitchen. The park worker said they cooked for up to twelve people in the family and then all of the tavern guests as well. I don't think I'll ever complain about my kitchen again. 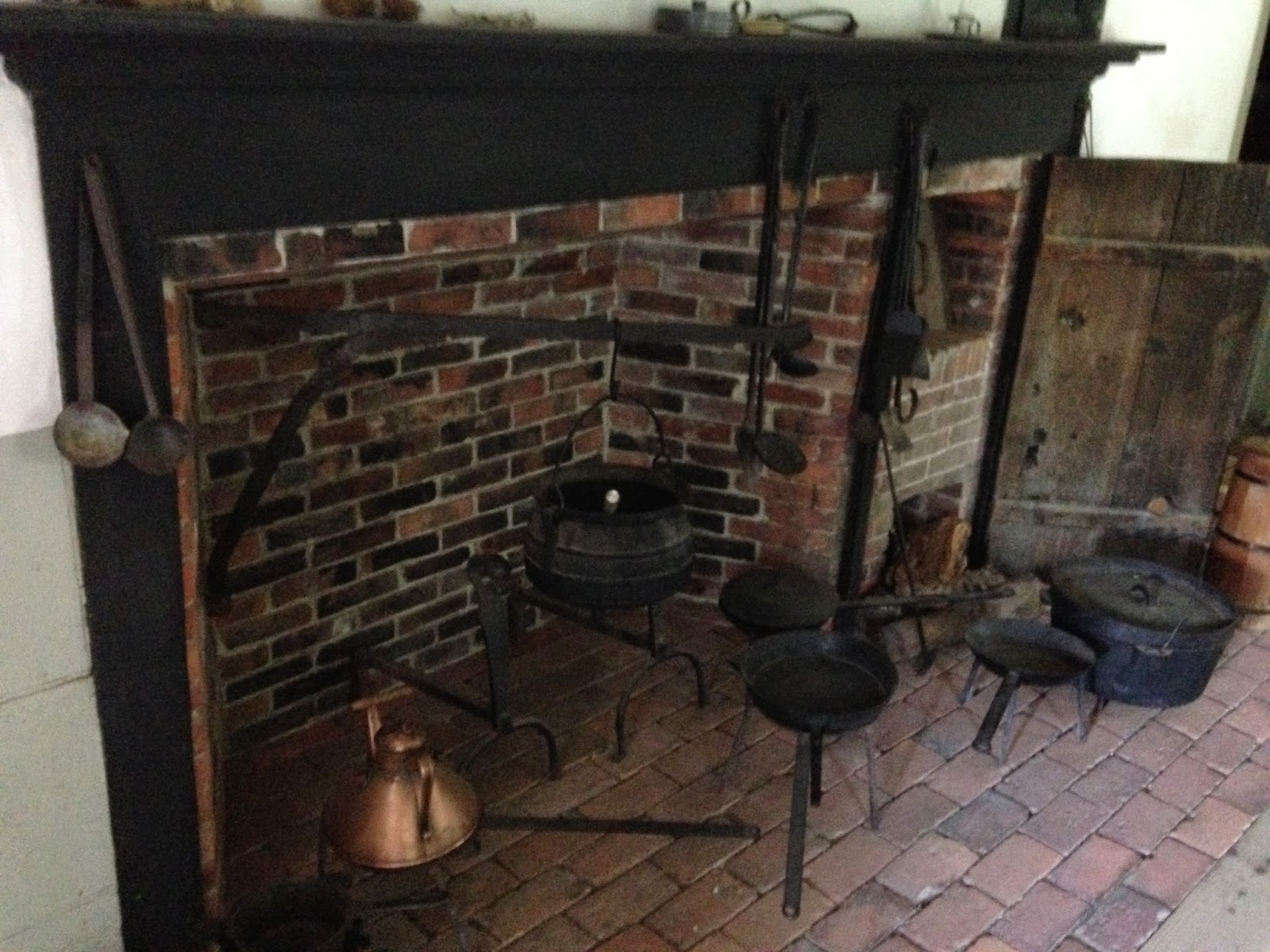 Now, some of the houses were closed. But I still walked up and looked in the windows like a peeper. (I know- bad me). This was the house where I took the picture of the orb: 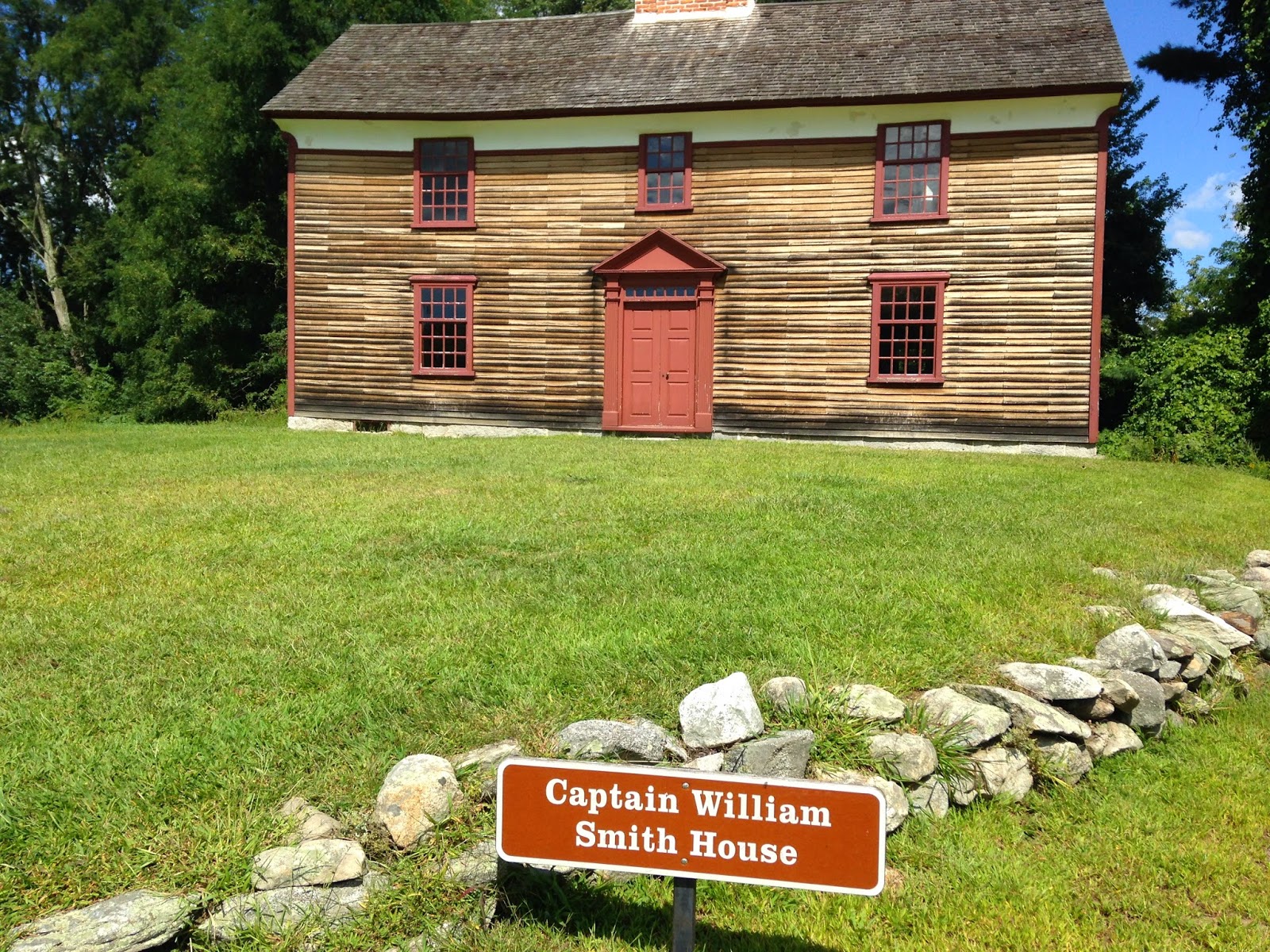 Now, the picture is a little strange because my cell phone is reflected in the glass, but you can definitely see the orb INSIDE the house by the window on the right. 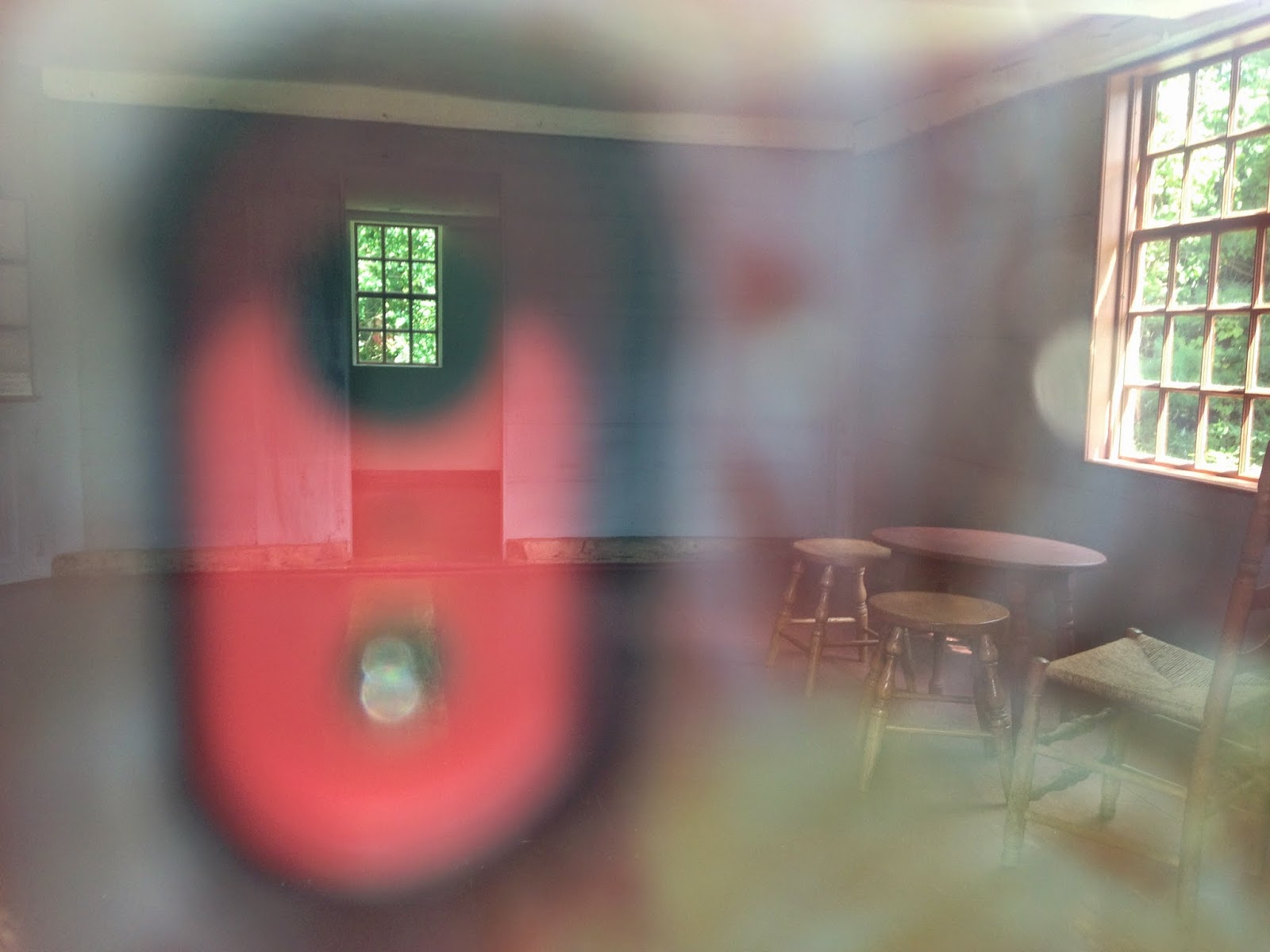 The ghosts didn't know I was peeping, I guess. Is it Captain William Smith, I wonder? Anyway, this park is really neat- even if you don't believe in ghosts. I had a great time walking and got A LOT of exercise because the houses are miles apart. Miles. You have to be quite a trooper to walk the whole park and then walk back. We made it most of the way. Next time we'll park closer to the end and see the bridge. There are parking lots along the way if you can't walk the whole distance, but then you might miss a few land markers in between them.

So now, what do you think of my orb?

That's so cool! I love to go touring old places and soak up the history. It helps if there's a nice park to walk in and some paranormal happenings too! :)