Happy Book Birthday to Me! 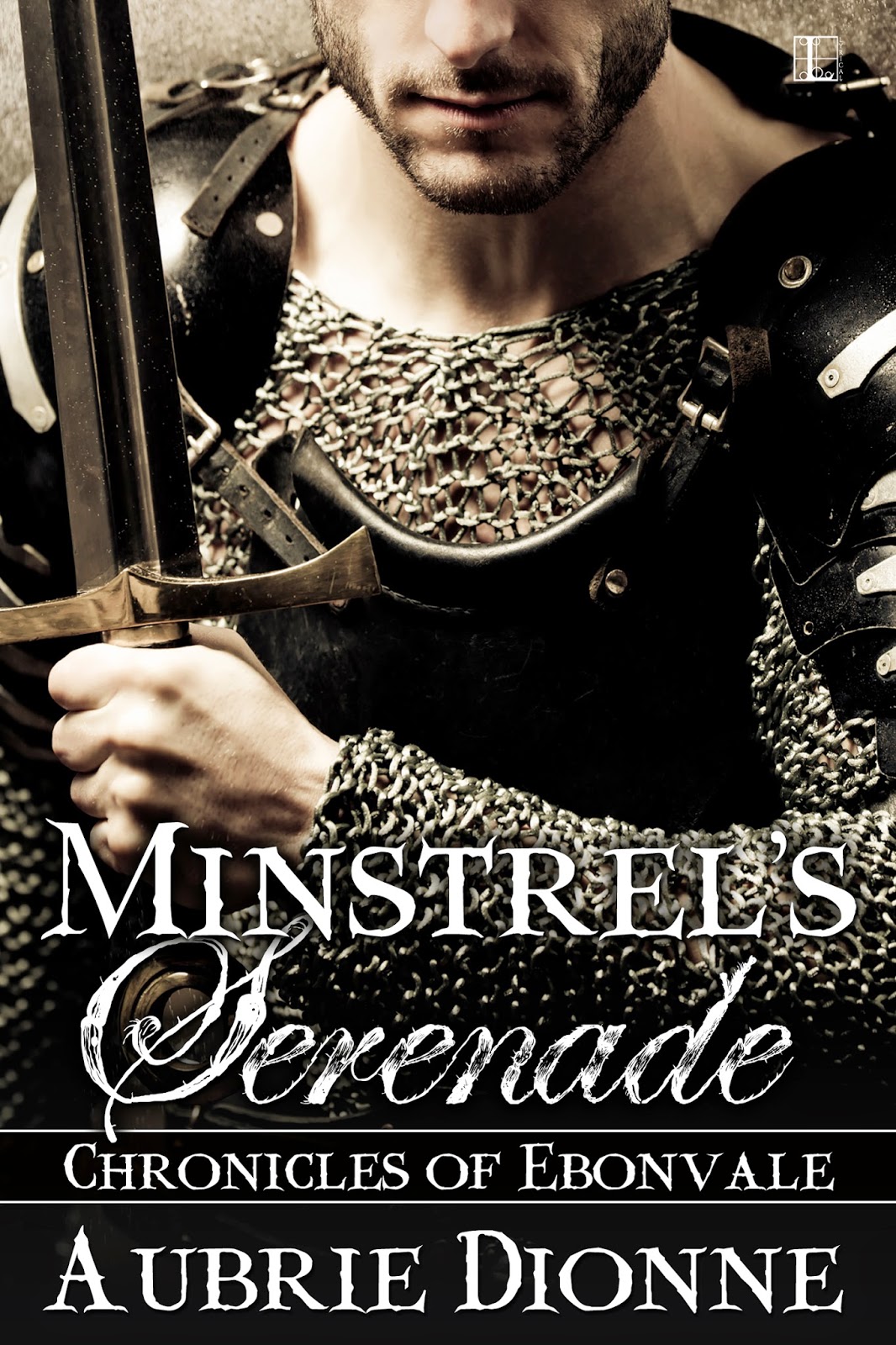 He’s sworn to protect her, but can he save her from himself?

Danika Rubystone has hated the minstrels ever since her mother ran away with one. As Princess, she’s duty bound to marry Valorian, a minstrel from the House of Song. But problems in the kingdom are mounting. With her father dead she’s the sole heir to an imperiled throne, and wyverns attack Ebonvale’s southern shores. But after Danika finds a lone survivor of a wyvern’s attack who holds the key to protecting the kingdom and she finally meets the enchantingly sly Valorian, everything changes.

As Ebonvale’s Royal Guard sails with the minstrels to smite the uprising of wyverns, Danika dances a line between sticking by duty like her father, or following her wild heart like her mother.

Jul 16, 2014 Nicole Laverdure rated it 4 of 5 stars
A sweet fantasy romance!
Minstrel’s Serenade, written by Aubrie Dionne, was a sweet paranormal romance filled with adventure. I liked her characters Danika Rubystone, the Ruler of Ebonvale, Bron, her bodyguard and Valorian, the Prince of the House of Song. After her father’s death, Danika became responsible for the welfare of the people of Ebonvale, and her mission was to gain peace and unity with the House of Song. When, an attack on her kingdom occurs, she will need all the help she can. As a Princess, her duty is to marry Prince Valorian, but she loves another man. Since, she is stubborn and independent, what will she choose? Will she follow her heart or her duty? This story is perfect for fantasy lovers!

Jul 01, 2014 Cherie rated it 5 of 5 stars
Danika Rubystone must choose between her duty and her heart in Aubrie Dionne's Minstrel's Serenade. The fast-paced action keeps the reader on edge. This fantasy romance novel has rich world-building set against amazing settings, many fraught with danger. Danika is a strong character, although her bouts of wishywashyness made me not always like her. My favorite characters were Bron, Chief of Arms of Ebonvale, and Nip, a child who'd survived a wyvern attack. The wyverns are a worthy foe for the people of this land. The House of Song was a magical place, and I would love to live there, although some quiet every once in a while would be nice too. I would have liked to have seen a bit more of the land and the people, so Ebonvale and the House of Songs' quest would've been a touch more powerful. Overall, Minstrel's Serenade by Aubrie Dionne is a beautiful fantasy novel with smoldering romance at its core.

Jul 15, 2014 Kyraryker rated it 4 of 5 stars
I was very pleasantly surprised at how good this book was and definitely recommend adding it to your tbr pile.

Minstrel’s Serenade is book one in a new series by Aubrie Dionne. It takes place in a fantasy setting in what looks to be a Medieval like era. Princess Danika is Ebonvale’s new ruler, her father was killed in the winning battle against the necromancers, who faces the new oncoming threat of the wyverns (think dragons) and their mother the She-Beast. Constantly by her side helping her to defeat these beasts is Bron, her Chief of Arms and bodyguard. Bron, having moved up the ranks from humble beginnings and grown up beside Danika takes his job, shall we say, very seriously. In their quest they are also joined by Nip, a boy that survived his village being destroyed by wyverns and holds secret knowledge on how to defeat them, and Valorian, a prince from the House of Song who through his musical abilities can defeat beasts and a good candidate to become Danika’s husband.

This is mostly a road adventure as they are traveling to gather materials to beat the wyverns and then traveling to defeat them. Dionne does a good job of world building, however, since this is fantasy I wish there had been a map or glossary of places and terms so I could immerse myself fully into the story. In the beginning, half my attention was diverted to trying to picture where all these different houses or kingdoms were in relation to each other and figuring out what these new creatures or things resembled. This does only last for around 30% of the story and then you get the hang and flow of things.

This is a clean romance but there is plenty of longing, tension, and chemistry between the lead characters. Danika has strong feelings for Bron but feels she should put her kingdom’s needs first and marry Valorian. Bron, being the broody stand up soldier he is, feels his farm boy lineage would never be good enough for Danika. Valorian? Well, Valorian has feelings for Danika but ends up getting the shaft a lot. Sorry Valorian, maybe you’ll get your own story in the future.

Danika is a wonderful strong , level headed (gets a bit wishy washy dealing with her love triangle at times), and smart female character. Bron is enduring, always there for Danika, and all that is the strong silent broody type. Their push/pull relationship and longing for one another will have you begging for them to have their happily ever after.

As I said, this is a mixture of action, fantasy, and romance. Neither the fantasy or romance side over powers the other and I can see this mightily appealing to both genres. I will definitely be following this series and keeping a lookout for the next one. I personally hope for a grown up Nip :)

I received this book for free in exchange for an honest review. This does not affect my opinion of the book or the content of my review.
Please consider giving this book a try!
Posted by Aubrie at 3:30 AM

Congrats, Aubrie! And thanks for mentioning my early review. It made it quicker to copy and paste onto Amazon. :)

Congrats. I hope my nook will update soon and let me download. Sometimes they are right on time and sometimes there is a delay of a day or two. grrr.

Thanks so much, Cherie and Beth!