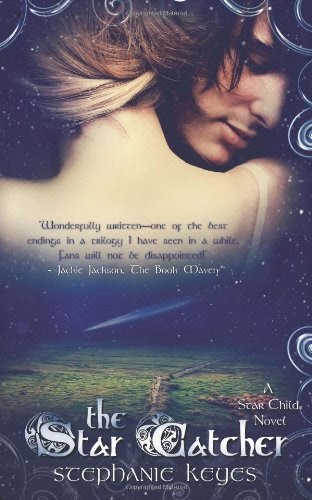 The Star Catcher
Synopsis
Magick and destiny intertwine as he fights to save his kingdom and the goddess he loves. Her kiss…the feel of her skin…the beat of her heart…For seventeen-year-old Kellen St. James, each memory is marred by a single sentence on a lone strip of paper. Cali has been taken… Armed with an amulet that channels the ultimate power of Faerie, Kellen searches for his love. However, control of the amulet’s energy comes with a price, and Kellen soon learns that Cali’s captor has plans for the stone. With the threat of the Star Catcher’s evil looming above Kellen and his kingdom, he’ll have to free the Heart of Faerie and break the curse the binds the Children of Danu to the darkness. But before that, he has to find his real father, the king. No pressure, right? Kellen and Cali will battle bewitched armies and unknown foes as they fight to stay together. Will Kellen embrace his immortal destiny? Or will his world, and the man he is fated to become, be destroyed by The Star Catcher?
Series: A Star Child Novel
Paperback: 432 pages
Publisher: Inkspell Publishing (October 20, 2013)
Language: English
ISBN-10: 1939590213
ISBN-13: 978-1939590213

Biography
Stephanie Keyes is the author of the YA Fantasy series, The Star Child, which currently includes The Star Child, After Faerie, The Fallen Stars, and the soon to-be-released finale, The Star Catcher (November 2013), all from by Inkspell Publishing. Mrs. Keyes is hard at work on a new YA Paranormal Romance.

Mrs. Keyes holds an undergraduate degree in Business and Management Information Systems from Robert Morris University and a M.Ed. from Duquesne University. She is a member of the Society For Children’s Book Writers and Illustrators (SCBWI), as well as a featured author in the global group of writers, Love a Happy Ending.com.

Thanks for hosting The Star Catcher today, Aubrie! Great to be back. :)