My First Impressions of Sandworms 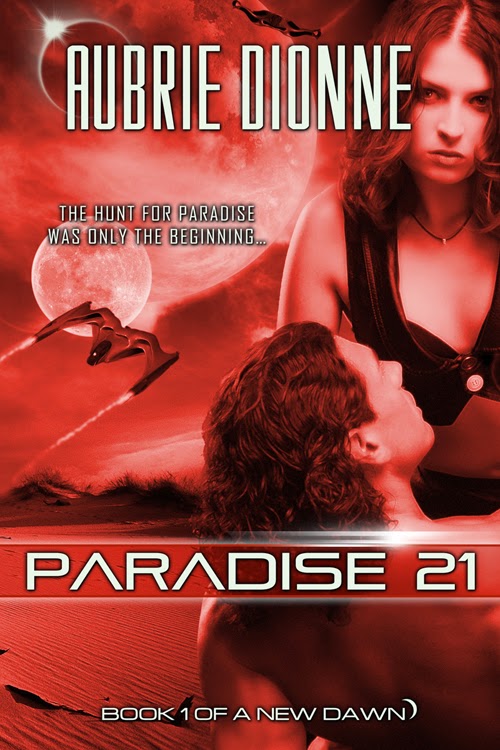 My First Impressions of Sandworms

When you think of sandworms and science fiction, most people think of the gigantic ones in Dune. But as a kid, I was more interested in scary Christopher Pike books, the Memory, Sorrow and Thorn series by Tad Williams and the Adventures of the Unicorn Queen.  I hadn’t read Dune or even heard of it. My first impressions of sandworms came from the following movies: 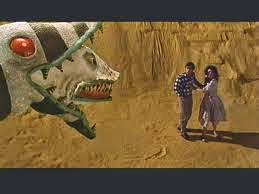 Starring Geena Davis, Alec Baldwin, and Michael Keaton, this movie sparked my imagination. I watched it over and over again singing the banana song as they danced around the table. A friend of mine boasted that she knew the girl in the beginning that looks out of the car and says one line: “They died.” I used to look for that line and see if I recognized the girl from any distant memories I could have had. Never did.

One thing Beetle Juice had was sandworms: striped sandworms to be exact. They had a head inside a head, and attacked any ghost that tried to leave their house. How utterly awesome is that?
In the end, Geena Davis punches one in the head. She’s not afraid anymore, and because of that, little Aubrie wasn’t either.
Impression #2:
The 1990 movie Tremors 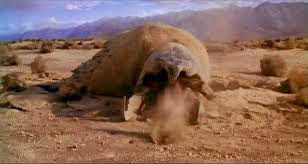 Starring Kevin Bacon and a cameo from Reba McEntire, this picture portrayed some scary, gigantic beasts. People died, and others starved on top of buildings, afraid to come down. One man thought he was safe on a tire, and got pulled underneath the sand in seconds. If anything put the idea of sandworm into my head, it was watching this movie.

In the end, when they run out of bombs, they outsmart the last worm, running it off a cliff. I always thought that last scene with the worm flying through the air and Kevin Bacon’s shocked face was the best.

Impression #3:
Return of the Jedi 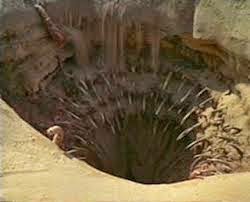 Jabba decides the best fate for Luke and Han is being eaten alive over the course of a thousand years by Sarlacc, the sandworm on Tatooine. Sarlacc is actually a hole in the sand with little worms coming out. As a kid, I couldn't imagine how awful it would be to be digested slowly over a thousand years. I like the old Sarlacc better than the CGI enhanced one in the new version on the movies.

When you hear “sandworm” what do you think of?

Buy Paradise 21 to read about my own sandworms: Only $.99!!!!
Amazon
Barnes and Noble

Hi I'm looking for your contact info for a book review/post?
Can you email me at EdenLiterary at gmail dot com