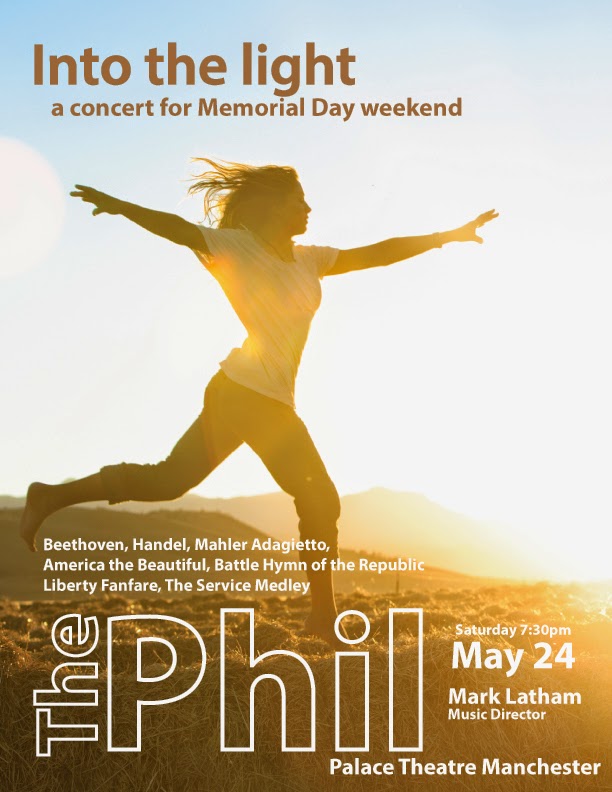 I am very excited for the NH Philharmonic concert on Saturday! We have a strong program planned for Memorial Day Weekend with trumpet fanfares, solemn tributes, and military melodies. One piece in particular: Lincoln Portrait by Aaron Copland features a speaker reciting actual quotes from Lincoln's speeches about freedom and equality. The first time I heard it, it gave me goosebumps. I'm especially excited to have my dad see this concert since he is enamored with Lincoln and has read every single book published about him.

I get to play pieces I haven't played since high school, including Battle Hymn of the Republic, the Star Spangled Banner, American the Beautiful and, of course, Stars and Stripes.

This is my final concert of my first year with the NH Philharmonic and what a year I've had! It has added so much to my Sundays and kept my practicing my flute on those days when I'd rather watch TV. I've made new friends and reunited with old ones. I'm so lucky to be a part of it.

That's wonderful. And what a grand way to enjoy the Memorial Day weekend.