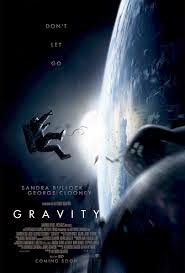 I saw this movie in Imax 3D, and at times I felt as though I drifted through space with no sense of up or down. This movie is visually stunning in an unnerving sort of way. It opens with a few sentences about how there is no air pressure or sound in space, then concludes with the sentence: Life in space is impossible. *Gulp* 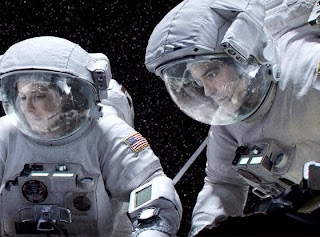 The script is amazing. It is a perfect example of "showing" and not "telling". You get a sense of these characters from the way they interact with Houston and with each other all in the first fifteen minutes. George Clooney has a way of making his lines seem so natural, like he just thought them up on the spot. For some strange reason, he reminded me of Buzz Lightyear! But, I digress.

Without giving too much away, one scene towards the end was especially well written. It gives you exactly what you wanted to see, then takes it all away again. I know the writers took a chance on including it, and it adds so much to the story leaving you guessing if it was a vision, a dream, or something else.

I loved Gravity. I wish I could've seen it in an IMAX theatre. Like you mentioned, I thought the ending was particularly well-written. At first watch it seems fairly straight forward, but as you recall all the events there is some room for interpretation on how much was real vs. a dream. Very cool.