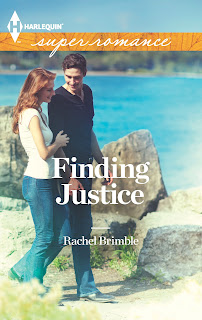 Sergeant Cat Forrester lives by her own set of rules. When her childhood friend is murdered, Cat's world is thrown into chaos. Especially because Jay Garrett-a man from her past-is a suspect, and he needs her help to prove he's innocent. After all they once shared, how can she say no?

The attraction flares between them, and getting involved with a suspect is a huge risk. But the more time Cat spends with Jay, the stronger the tug on her heart. He is the same caring, irresistible man she remembers. Yet she can't let her emotions interfere with the case—solving it is top priority. But as she digs deeper, she discovers Jay has secrets that may jeopardize any possible future together.

“I need your help, Cat. I’m in trouble. Big trouble.”
The timbre of despair in his voice alerted her to grief. Loss. She heard it loud and clear. It didn’t matter whether the speaker was male or female, young or old. When you lost someone before you should, it always sounded the same. She was trained to recognize it--personally and professionally. To listen and help. To alleviate others’ pain and hide her own. She stopped pacing and tightened her grip on the receiver.
“What’s wrong?”
“It’s Sarah.”
Her mind whirled back seven years ago to the last time she and her family took their annual holiday to Templeton Cove. A picturesque town situated amongst the spectacular “English Riviera” region of South West England. The place Jay and his family had lived for generations.
“Sarah? Is she okay?” Cold dread seeped into Cat’s blood, making goose bumps erupt on her arms. “Jay?”
“She’s dead, Cat. Murdered.”
She sucked in a breath as a lump of stone dropped into her abdomen. “What?”
“You need to come to the Cove. Investigate her death. The police here aren’t getting anywhere.” His shaky breath rasped down the line. “I’m a suspect, Cat. You have to help me. You have to help me show them--”
“Wait. You’re a suspect?” How could good, kind-hearted Jay Garrett be a suspect in a murder investigation? The Jay she remembered always smiled, laughed and kissed with lips that could lead a girl into all sorts of trouble…
“Please tell me you’re the detective you always swore you would be. You have to help me. I need you.”
He needs me. After all this time. “Jay, listen to me. If you’re a suspect, what happened? Cops do not go around accusing people--”
“The cops are walking around like their bloody heads are cut off.  Sarah’s parents are waiting for them to release her body while the police point the finger at me rather than the real killer. I feel trapped, Cat. You’ve got to come to the Cove.” 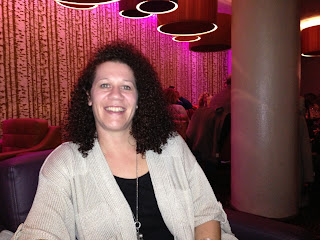 Rachel lives with her husband and two young daughters in a small town near Bath in the UK.  After having several novels published by small US presses, she secured agent representation in 2011. In 2012, she sold two books to Harlequin Superromance. She also writes Victorian romance for Kensington--her debut was released in April 2013.

Rachel is a member of the Romantic Novelists Association and Romance Writers of America. When she isn’t writing, you’ll find Rachel with her head in a book or walking the beautiful English countryside with her family and beloved black Lab, Max. Her dream place to live is Bourton-on-the-Water in South West England…although she hopes a dream visit to Canada might just change her mind!

She likes nothing more than connecting and chatting with her readers and fellow romance writers. Rachel would love to hear from you!
Links:
http://www.rachelbrimble.com/
http://rachelbrimble.blogspot.co.uk/
https://twitter.com/RachelBrimble
http://www.facebook.com/pages/Rachel-Brimble/181873201887441?fref=ts
Posted by Aubrie at 4:30 AM