Vacation Day 2: Behind the Scenes at Universal Studios 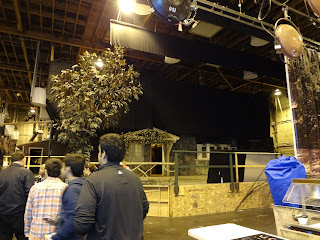 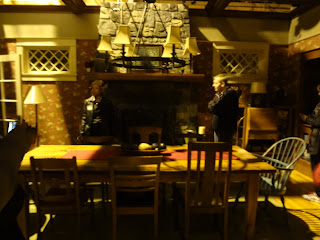 So this is an actual TV set for the show Parenthood. Since they were in the middle of filming, we weren't allowed to touch anything, and a mad looking security guard followed us everywhere! 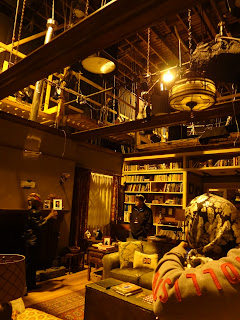 As you can see, there are no ceilings, just rigging to move the walls around in case they have to shoot with different cameras. The coolest thing I noticed were pairs of shoes on the floor that looked used, and a basket of laundry set aside to make it look like a real house. Do you recognize it from the TV show? 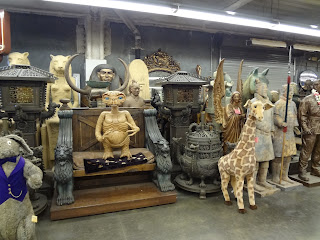 Next, we were taken into the prop department. Those statues on the right side were used for "The Mummy." Recognize those? 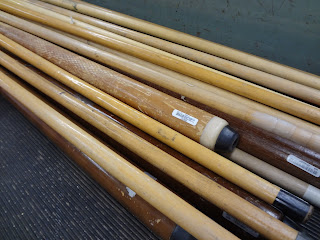 Every prop has a barcode, and you can take them out just like a library book as long as you have the money to back up a percent of the cost of the item. 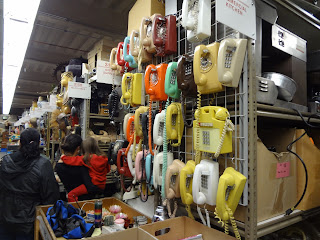 They had shelves and shelves of normal, everyday items like telephones from every era. 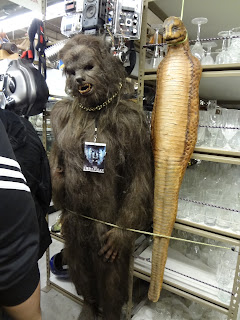 That was the costume used in Wolfman, as you can see on the ID tag around the wolf's neck. The other one, I'm not sure...

Stay tuned for the next post where we toured different movie sets like the Town Hall Street in Back to the Future, and the plane crash scene in War of the Worlds.

Awesome pictures! The "ceiling" one is what I would expect. There's so much lighting equipment needed for TV shows.

Very cool! So many things. It would be like a giant junkyard!

Fascinating. Being brought up at a time when the only entertainment was radio and film I always wanted to visit a film studio. The idea of actually being able to have a copy of a film and see it whenever I wanted to was the stuff of dreams. We never thought this would ever be possible.

You'll might also want to walk via the metal detector. In prior times, only random travelers have been asked to eradicate their boots for reviewing. Your shoes will be x-rayed, along when using the rest of your carry on [url=http://www.saclongchampachete.com/category/sac-longchamp-pliage]sacs longchamp pliage cuir[/url] luggage.
When you received your boarding passes, for your current flights, you'll really need to give ones own bags you will be leaving below inside plane. The [url=http://www.saclongchampachete.com/category/longchamp-sac]sacs longchamp cuir[/url] bags are typically known mainly because checked backpack or tested bags.