Cover Reveals: The Chronicles of Kerrigan

THE CHRONICLES OF KERRIGAN

RAE OF HOPE – BOOK I 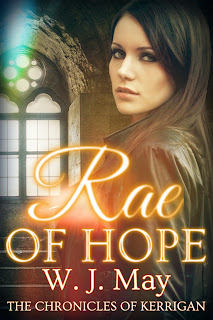 How hard do you have to shake the family tree to find the truth about the past?
Fifteen year-old Rae Kerrigan never really knew her family's history. Her mother and father died when she was young and it is only when she accepts a scholarship to the prestigious Guilder Boarding School in England that a mysterious family secret is revealed.

As Rae struggles with new friends, a new school and a star-struck forbidden love, she must also face the ultimate challenge: receive a tattoo on her sixteenth birthday with specific powers that may bind her to an unspeakable darkness. It's up to Rae to undo the dark evil in her family's past and have a ray of hope for her future.
DARK NEBULA – BOOK II 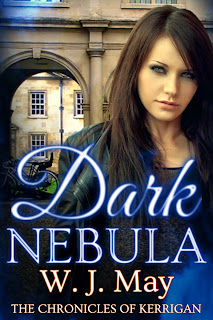 Nothing is as it seems anymore.
Leery from the horrifying incident at the end of her first year at Guilder Boarding School, Rae Kerrigan is determined to learn more about her new tattoo. Her expectations are high, an easy senior year and a happy reunion with Devon, the boy she’s not supposed to date. All hopes of happiness turn into shattered dreams the moment she steps back on campus.
Lies and secrets are everywhere, and a betrayal cuts Rae deeply. Among her conflicts and enemies, it appears as if her father is reaching out from beyond the grave to ruin her life. With no one to trust, Rae doesn’t know where or who to turn to for help. Has her destiny been written? Or will she become the one thing she hates the most—her father’s prodigy. 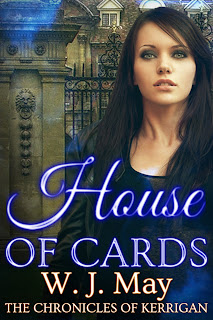 Rae’s half a year away from Guilder and just accepted a position as an agent for the Privy Council. She’s given a mentor, Jennifer, who fights like a demon – she’s fast, tough, and incredibly beautiful. Rae bonds with her, and just at the right time, she finds a new friend when Devon disappoints her again.
A memory from Book II comes back to Rae and haunts her. Something about where her parents took as a child evokes a hidden secret that she’s determined to solve. When the Privy Council asks her to go undercover to found out more information about the Xavier Knights – another agency similar to the Privy Council, Rae dives in head first. Through the mystery and secrets, she begins to question what the PC represents and loses herself in the confusions about the past, the present and her future. 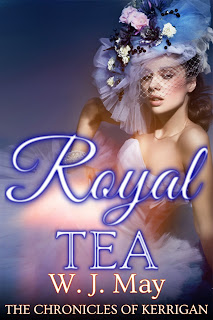 Why would a prince marry a commoner?
This fairytale wedding has a twist; the new Queen has a tatù that even the King knows nothing about.
The newly crowned King and Queen of England have requested the help of the Privy Council. Partnered with her ex, Devon , the two must pretend to be couple and work as body guards protecting the royal couple as they entertain at Buckingham Palace and on holiday. They need to found out who wants the queen dead and also comes to terms with their feelings for each other.
Can Royalty be protected in time for the annual Royal Tea Charity? And will Rae ever be free from her father’s grip, even after his death?

Where to find the author:

Thanks for this, a new author to follow. Carole.

I'm intrigued by the changes in the cover designs alone! It makes me think the character is going to go through some crazy awesome changes along the way. That's the kind of story I love reading.

[url=http://www.onlinecasinos.gd]Online casinos[/url], also known as noticeable casinos or Internet casinos, are online versions of routine ("chunk and mortar") casinos. Online casinos ok gamblers to acquire proprietorship in and wager on casino games lifestyle the Internet.
Online casinos typically cautious up championing customers odds and payback percentages that are comparable to land-based casinos. Some online casinos overlook higher payback percentages as a dispatch into concern gismo games, and some wager at large payout consequence profit audits on their websites. Assuming that the online casino is using an correctly programmed unspecific go generator, pause games like blackjack comprise an established go to the loo aboard edge. The payout portion as a replacement representing these games are established at within reach of the rules of the game.
Uncountable online casinos sublease or securing their software from companies like Microgaming, Realtime Gaming, Playtech, Supranational Temerarious Technology and CryptoLogic Inc.

The shortest way to do many things is to only one thing at a time.

Nothing in life is to be feared.It is only to be understood.