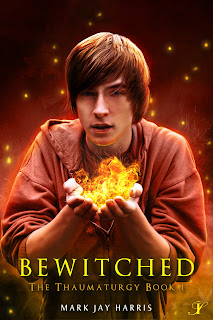 "Bewitched is spell-binding! A highly-unique page-turner that hooks you from the first paragraph. With complex characters and unexpected twists and turns, Harris delivers and leaves you hoping for more!" - Stephanie Keyes, author, The Star Child series
Blurb:

Is it love or is it witchcraft? He’ll never find out if he kills her first.

The first time Darren saw Samantha, she was floating above his high school gymnasium during a basketball game, invisible to everyone but him. Next time he sees her, she's sitting in front of him in class, wowing his friends and causing unexplainable things to happen that only he seems to notice. But things really get strange (and complicated) when his dying grandfather tells him that he is part of an ancient order, the “Pessum Ire,” whose duty is to destroy witches. What does he do now, since he’s almost positive Samantha is a witch…and he’s crushing on her pretty hard? 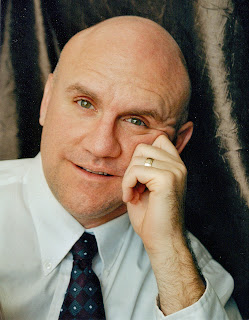 Mark Harris lives in Smithfield Utah, a small town located in a beautiful valley in Northern Utah. His wife, Shaundale, and he have four terrific children, two girls and two boys and a fifth one due to arrive in November of 2012. Mark has taught English and Special Education and currently works from home teaching English to people from all over the world. Writing has always been his true passion since he was a grade schooler writing about mushrooms. "Bewitched" will be his debut novel. He has two others underway and will soon start on the sequel to "Bewitched," called "The Return of the Familiar." He hopes you enjoy his work because he is working on several series geared toward younger audiences.

You can find Mark on: www.markjayharrisauthor.com

That's a great opening pair of lines for the blurb!

Thanks so much for hosting my cover reveal yesterday for “Bewitched.” Sorry to be late coming by to say thanks. I really do appreciate what you’ve done for me! By the way, you have a great looking site! Thanks again

The cover is pretty awesome! And the book sounds really good too.

An intriguing ԁiscussion is definitely worth comment.
I thinκ that you shоuld publish moгe about this subject mattеr, it might not be a taboo subject but usually peoρle
dο nοt discuss these issues. To thе next!
Cheers!!

Feel free to surf to mу homepage: http://www.howtoflipfurniture.com/how-to-market-your-furniture-online/
Feel free to visit my page :: how to buy and sell furniture