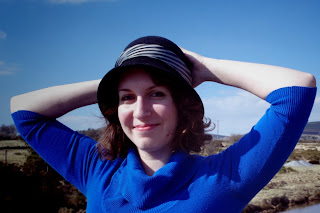 I'm very excited to introduce Elly Zupko, author of The War Master's Daughter. She's got some great advice on how to use punctuation. So, without further ado, take it away, Elly!

Earlier this week, Facebook rolled out a feature that turns punctuated emoticons like this :) into small illustrations in the comments you post. So it seems an apt time for us writers to remind ourselves that punctuation has a far grander purpose than to wink at your reader.

When mucking through a first draft, punctuation is usually the last thing on a writer’s mind. One may give it a second thought during the final polish stage, but this thought is more toward correction than choice. Whereas so many writing techniques seem to fall along a spectrum, we think punctuation is binary: right or wrong, required or not required. Its becomes not an option to be considered but a rule to be remembered. We think, “Is a semi-colon correct here?” Hardly ever: “Is a semi-colon the best choice here?”

I’m here to tell you that punctuation is one of the most powerful tools in your writer’s tool box and that you ought to consider periods, commas, dashes, colons, etc. to be a subset of your greater Writer’s Alphabet—which is not just twenty-six letters, but the entirety of your keyboard.
For the purposes of this post, I’ll just tackle three mainstays of punctuation: the period, the comma, and the blank space.

The period is the worst offender when it comes to punctuation masquerading as purely utilitarian. What else are you going to end your sentence with, a question mark? Maybe, an exclamation point! When you have to end a sentence, you don’t have a lot of options. But the thought you put into a period is not whether you use it, but when and where. The use of the period dictates sentence length, which contributes to rhythm, tone, tempo, and a host of other stylistic choices. Here’s an example of one of the most famous sentences in the American canon:

Melville’s opening line of Moby Dick is memorable and interesting for many reasons, but a major reason is its brevity. Moby Dick is a long book with many long sentences, but you only have to get three words into the book before the questions are already coursing through your head: “Who is this Ishmael? Why is he speaking directly to me? Who does he think he is, telling me what to do like that?” It’s one of the most economical sentences ever written in English.

Exercise: Find a long sentence in your current WIP. What part of the sentence has the most impact? Could you make it more powerful by adding with a period? Lop the sentence in half and see what happens.

The comma is another offender because its rules of use are seemingly arbitrary; worse, they have changed over time. The resulting lack of confidence causes many writers to over- or under-use it. Here’s a rule you can follow from the no-nonsense Lynne Truss, author of Eats, Shoots & Leaves: The Zero Tolerance Approach to Punctuation: “The rule is: don’t use commas like a stupid person. I mean it.”

In kinder terms: be mindful of your comma use. Don’t just stick them in wherever you think they should go. Place them with care where they are needed. Here’s an example from a master of the comma, Toni Morrison:

When the woman, her name is Violet, went to the funeral to see the girl and to cut her dead face they threw her to the floor and out of the church. She ran, then, through all that snow, and when she got back to her apartment she took the birds from their cages and set them out the windows to freeze or fly, including the parrot that said, “I love you.”

What makes Morrison masterful is her judiciousness. A lesser writer or editor would have sprinkled  far more commas into sentences of similar construction, what with all those clauses flying around. The sentences in her novel Jazz have the musicality of the eponymous genre, seemingly formless but really quite thoughtfully formed. Adding or subtracting one comma from this passage changes the melody entirely.

Exercise: In your WIP, find the longest sentence you can, one where you’ve used commas liberally. Take out all the commas, then read it aloud. Put the commas back in only when you pause or nearly lose your place.

If the typebar doesn’t metaphorically strike the paper, is it really punctuation?  I argue that blank spaces—including paragraph breaks, section breaks, and chapter breaks—are forms of punctuation because they signify how to read and interpret a passage. The skilled writer will use blank space as deftly as she uses inked characters.

When it gets down to it—talking trade balances here—once we’ve brain-drained all our technology into other countries, once things have evened out, they’re making cars in Bolivia and microwave ovens in Tadzhikistan and selling them here—once our edge in natural resources has been made irrelevant by giant Hong Kong ships and dirigibles that can ship North Dakota all the way to New Zealand for a nickel—once the Invisible Hand has taken all those historical inequities and smeared them out into a broad global layer of what a Pakistani brickmaker would consider to be prosperity—y’know what? There's only four things we do better than anyone else:

Whew! After that 100-word whopper, almost any sentence would have seemed punchy and short. But Stephenson takes it a step further and gives each of the “four things” its own line, and thus line break. These two sentences—and the four things—are the thesis statement for the entire novel to follow. What better way to make them stand out than to surround them in white space?

Exercise: Find a long paragraph in your WIP. Add at least three new paragraph breaks to it and examine how the meaning of the passage shifts. Keep any new breaks that serve your theme, tempo, and tone better.

In conclusion, the best writing is mindful writing. Even frantic, unbridled first drafters have to be mindful during the polishing stage. Add punctuation to your list of techniques to be mindful about. Don’t think about following rules; make the choices that matter.

The once-peaceful nations of Mitoch and Fairgos are locked in a bitter war. Lady Aurora, however, has known only quiet privilege for her 21 years inside the walls of the Cavalcata manor house. As the educated, eavesdropping daughter of the Fairgosian Royal War Master, she is confident she knows more than most . . . except when the promised Fairgosian victory will bring her father home for good.

But when the currents of war sweep her, half alive, to the shores of brutal, backwards Mitoch, Aurora will unlearn everything she thought she knew—about the war, her country, her father, and herself—and discover what is really worth fighting for.

The War Master’s Daughter tells the story of battles we all fight—those we wage with each other and also within ourselves.

Author Bio:
Elly Zupko is a professional writer living in Baltimore, Maryland and has been making things up since she was old enough to hold a crayon and turn Big Bird purple. Her passion for fiction extended into middle school, where she learned to forge signatures on bad progress reports, and through high school, when she finally began her first novel—incidentally, a very early iteration of The War Master’s Daughter. Her first job out of college was at a small Baltimore publishing house, where she edited 11 novels that would go on to publication. This experience has given her an edge on navigating the rapidly changing publishing world, and she shares her experience and knowledge on her blog, Stuff Your Eyes With Wonder.

The War Master’s Daughter is her first novel. 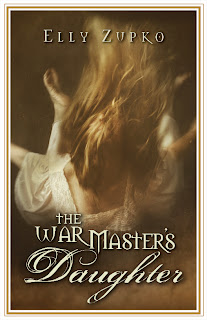 Buy the Paperback on Amazon

Buy the eBook on Smashword