My New Contract with Inkspell Publishing!!! 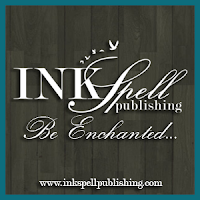 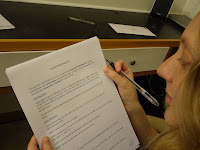 I'm so excited to announce my new contract with Inkspell Publishing for my sci fi YA series (which ties in to The New Dawn series). Not only does Inkspell have a gorgeous website and eye catching covers, their focus on sweet romance and fantasy fiction is perfect for this series.

Colonization: Paradise 21, will be coming out in Nov/Dec 2012 in ebook and print. It tells the tale of the New Dawn as it reaches Paradise 21 through the eyes of Commander Barliss's and Tiff's great granddaughter, Andromeda.

Andromeda has spent all seventeen years of her life aboard a deep space transport vessel destined for a paradise planet. Her safe cocoon is about to break open as Paradise 21 looms one month away, and she must take aptitude tests to determine her role on the new world and her computer assigned lifemate. As a great granddaughter of the Commander of the ship, she wants to live up to her family name. But her forbidden love for her childhood friend Sirius distracts her and she fails the tests. The results place her in a menial role in the new colony and pair her with Corvus, “the oaf”.

When Andromeda steps foot on Paradise 21, her predestined future is the least of her worries. Alien ghosts from a failed colonization warn her of a coming cycle of events threatening to obliterate her colony. Heeding their advice, she asks Sirius to detour his scout mission and investigate uncharted territory. When his ship crashes on the far ridge, she journeys after him with Corvus. They find Sirius and discover a planetary defense mechanism designed to wipe out foreign species. While battling her own inner feelings between Sirius and Corvus, Andromeda must convince the authorities of the imminent danger to save the colony from extinction.

There are two more books in the series, each one told from a different character's perspective following the further colonization efforts: Reconnaissance and Alliance. These will be released five months apart after the initial release of Colonization!
Posted by Aubrie at 10:39 PM

Congratulations! You're right. They have beautiful covers!

Wohoo!! Congrats on the awesome news!

Congratulations! Loved the blurb. Will have to add that to my TBR shelf!

Yay! Congratulations! Off to announce it on my blog too. :)

That is fabulous news! Congratulations! :) They do have a gorgeous site.

Congratulations! :) I'm so glad you're joining the InkSpell team!

Congrats! I love the blurb, and will look forward to getting the book when it is out.