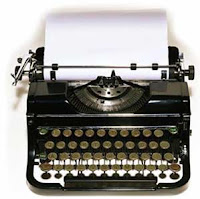 This second in the New Dawn series is a complicated yet fascinating tale, told mainly in flashbacks, of a future where the only chance for survival is to leave Earth. The multiple story threads come together nicely, leaving the reader with a hopeful impression of the future.

One hundred years after leaving Earth bound for Paradise 18, the ship Expedition, guided by twin psychic seers, unexpectedly has a run-in with some comets, forcing a 200-year-early landing on Tundra 37, a planet in the throes of an ice age. Struggling for survival, many of the passengers, including matchmaker Gemme Reiner and Lieutenant Miles Brentwood, experience dreams and hallucinations that may be attributed to a mysterious orb, picked up in the early years of the journey. Now an object has been discovered on this planet that may be connected to the orb. The seers are determined to find it and bring it to the ship, even if this costs the lives of the survivors. (ENTANGLED, Jan., 288 pp., $15.99)

You can preorder it here!!!
It's actually selling pretty well considering it hasn't come out yet, so I'm excited.
The review will be posted in the Feb. issue of RT Magazine, so we'll see what that does for sales.

My short story, The Dolls of Malika Hall, was accepted in this anthology:

This anthology will also be coming out in February. My story is inspired by my trip to Jamaica a few years ago. It's a horror story involving voodoo and ghosts. It's loosely based on a Jamaican legend: The Witch of Rose Hall. (This is the first horror story I've ever sold!!)

That's it for now. Anything exciting happening for you?
Posted by Aubrie at 6:00 AM

Congrats on the awesome rating!

I thought you meant you wrote a 231 K novel last year. Don't laugh. I know someone who has written several novels, all in the range of 400 - 500 K words EACH. She doesn't believe anyone when we tell her she has to cut them down WAY back. She's going to self publish them (even though no one has critted or beta read them) because she realizes agents won't request her fulls and publishers won't publish them. She doesn't realize anyone who sees the page count will be scared away too.

So as you can imagine, I was thrilled to realized you didn't write a 231 K novel last year. :D

Wow, that's alot of words! I don't know how you manage it, but good luck with your targets for this year.

Well done on your review, and the short story acceptance! Exciting times!

Congrats, Aubrie! Sounds like your year is off to an awesome start. WTG on your daily writing totals.

Wow! That's ragingly impressive and ambitious. I don't think I could ever do it. And congrats on Tundra!

Congrats on the awesome rating and the acceptance! I'm sure you'll have an awesome 2012!

Congrats with the acceptance!

And I'm sure you'll get more writing done this year. You're much better at the not procrastinating thing than I am. :D

And that's a great review (although I still think it should be 5 stars instead of 4 because TUNDRA 37 is awesome).

Congratulations on the acceptance and the awesome rating. :)

You are so amazing, Aubrie! If I could do half of what you do I'd be exhausted. Congratulations on your success. You've certainly earned it!

Great news all round! I'm in awe of your output, but now inspired to try harder myself! Happy 2012!

Woot! Congratulations on all that. That word count total is amazing!