Promo: Excerpt from The Opera Tales 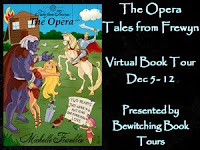 Today I have a treat for you! Michelle Franklin is going to share an excerpt from her new release.

An excerpt from The Opera Tales

The placards and posters announcing Mad Queen Maeve’s tenth iteration were taken away and another announcement was set in its place, one for a new play of certain distinction, whose book was written by Frewyn’s champion auteur and whose songs were composed by the Triumvirate’s leading maestro. Many began to bustle about the Royal Theatre in hopes of catching a glimpse of rehearsals or hearing an early piece of music, but the surprise would be well-kept if only to excite interest, and the spectators must therefore wait until the projected opening night.

While the chief of Frewyn’s denizens were left to imagine all the wondrous machinations taking place within the auspices of the theatre walls, two of the keep’s residents were treated to an accidental and early prospect of the goings-on. Although many of the kingdom’s nobility milled about the parapets of Diras Castle, determined to see the rehearsals by leaning over the merlons of the western battlements, Teague and Mureadh were the first two to discern the character of the new play. They were engaged to spend the evening with Connors and Nerri, and after a long day of training in the keep’s yard and running his majesty’s errands, they had cleansed themselves in the barracks and were on their way back to the soldier’s mess from using the facilities when an argument taking place outside the theatre entrance caught their attention. They stopped once quitting the latrine tower, hid behind an adjacent wall to screen themselves from view, and overheard the director of the piece according someone a most stern reproof.

The remonstrance was understood well enough: something about the new poster was incorrect, someone’s name was not quite as large as it should have been, someone else’s name was far too eclipsing, the colours were too strong, the style too fanciful, the printing too plain, and upon the whole, the announcement must be entirely remade. This was of course refuted by its illustrator, but even the carefully-chosen paints and detailed illustration of the principle characters would not do; the size of the names must reflect the director’s brilliance, the art must portray a realistic genius, and nothing less would be tolerated.

When the argument had done, the assertions heated on the director’s side and the refutations muted on the artist’s, the director returned to the theatre to officiate the remainder of the day’s practice and the illustrator was left to sulk and grumble. He remarked his work, and after a moment’s consideration, humphed and placed the poster onto the billboard. Bitterness and anger were what was drove his actions, but the satisfaction in seeing his glorious work displayed on the billboard of the Royal Threatre even for a few minutes together before someone should come and take it down was all his triumph. He stood back from it after having secured it in place, folded his arms across his chest, and spied the poster with a complacent grin. The names were too small to be sure, but the images of the three main characters were the centerpiece and glory of the work.

A moment passed and the illustrator was suddenly called into the theatre. One of the sets must be repainted, and without a thought, he hastened inside, leaving the poster on the billboard for Teague and Mureadh to investigate. They crawled out from their position behind the wall of the latrine tower and before they had taken a few steps were struck with the sudden shock of what the advertisement depicted: a fair-haired and large-breasted woman dressed in little more than a few garnishings was being held by an enormous and fur-clad beast, one with terrible fangs, unforgiveable underbite, and glowing red eyes; behind the gruesome ogre and his swooning damsel was a handsome king, riding a bucking horse and waving a golden broadsword in the air. What the image had meant to suggest was clear enough by the commander’s distinguishable attributes, by the Den Asaan’s ferocious features, and by the king’s handsome aspect, but the title across the top of the piece secured all their worries. If the heading of the play was not enough to convince them of this opera being a farce, the tagline of “Two hearts, two warring nations, one forbidden love” written across the bottom certainly was. The names of the directors, writers and everyone involved were unimportant where the subject of the play was concerned, and Mureadh cringed in aversion to think of what their superior officers and the king would say while Teague only sighed and shook his head.

When the first wave of horror had done with them, Teague and Mureadh stepped closer to examine the poster, Teague carefully collecting the names of every person responsible for this nonsense -that he might relay them to the Den Asaan when they should no doubt be demanded- and Mureadh unable to do anything other than gawp in dread.

“Well,” Teague said, after a few moments of silence, “It is painted very well, even if the colours are incorrect. He’s obviously a gifted artist. It’s a shame that his talent was used for this.”

Mureadh was far too horrified to reply: his superior officer, one well-known for his intolerance of inanity, was being mocked, and his mate, over whom the giant was particularly possessive, was being debased. Such an image was certain to offend and incite the Den Asaan, and Mureadh scrambled to remove it from the billboard before anyone else should see it and laugh at its subject.

Michelle Franklin is a woman of moderate consequence who writes many books about giants, romance and chocolate.

Wow, I love all those three things, Michelle! Thanks for stopping by my blog today!

Brought to you by: 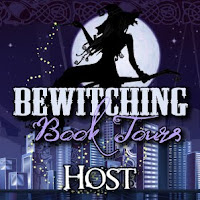 Michelle Franklin is a said...

I could just feel their dread as the men inspected the poster carefully.

Teague's 'he does good work' almost sounded like an epitaph.

Thanks for the posting!

The article was very interesting and informative for me. weight loss Read a useful article about tramadol tramadol