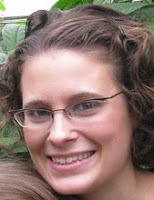 Stephanie is a fellow author at Lyrical Press. Her book, A Bitch Named Karma, just came out yesterday! To buy it, click here.

1. How did you come up with the title, "A Bitch Named Karma?"

The working title was actually "Not Another Chick Lit Novel" because the original concept was that all the cliches of the chick lit genre all happen to this writer...kinda like "Not Another _____ Movie" (add in random adjective). The change came when I was on my eightieth rewrite of my query letter. Karma had always been a theme in the book and I had a line in the query that said something like "Can Lexi (my main character) grab her life back from this bitch named karma?" At that point, I really wasn't too keen on the title anymore and when I'd read the query for my writers group, one of the members said "Hey, I like 'A Bitch Named Karma' for the title!" And that was it. I loved it and went back and reinforced the karma theme and added her in as an actual character.

2. Do you believe in Karma?

I've done a lot of research on Karma and the Wiccan rede of "An Ye Harm None, Do What Ye Will." I truly believe in living your life by treating others as you would want to be treated. You can't expect good things to happen to you if you disrespect others. I try every day to do the right thing and teach my kids that as well.

3. If you could describe your book in three words, what would they be? Why?

Sassy- Because Lexi is the kind of person who says what's on her mind and makes no excuses. She's comfortable in her own skin. She's sensual and doesn't mind showing that off and being adventurous. She fights for what she believes in and doesn't take crap from anyone.

Journey- Lexi makes such a transformation in this book, it's hard to believe she is the same women, who at the beginning was completely self-centered. She experiences every emotion and pulls the reader along with her. From joy and jubilation through the deepest pit of despair and hopelessness...she matures along the way and finds herself somewhere she never thought she wanted to be and wouldn't trade it for anything.

4. How do your life experiences influence your writing?

When I write about lovers, I think of my husband and when we met and how amazing it felt to find that one person who really truly completes you. Most of the lovers in my stories meet and fall in love fast, cause that's how it happened for me. And here we are fifteen years later!! Then there's my girlfriends. A significant other is one thing, but the bonds between women...completely different! We have our little group and we've been through everything together. Support and tears, hugs and smiles. I've held all their babies in the hospital and been there when they needed a ear to listen. I pull from my strong friendships when I write about women and their relationships.

5. I know you've published some Chicken Soup for the Soul stories, tell us about those!

The first was published in Chicken Soup for the Soul: Thanks Mom Edition and it's an essay I wrote about my mom, well, my step-mom. It was something I wrote, just because, no purpose. My biological mother left when I was three and my dad remarried shortly after that. The woman he married stepped into the role of wife and mother on the same day and never once treated me like I wasn't her child. She showed me what true compassion is and that biology does not make someone a mother. That right has to be earned.

The second will hopefully be included in an upcoming edition about families and the wacky things they do! My essay made it to the final round and I'm still waiting to hear if I made it in! (But I'm pretty sure almost all that make it this far make it into the book!) This story is a little more light-hearted, about my dad this time! He used to have this "Evil Eye" that he gave the teen boys and scared them away from me!

6. What are you currently working on?

Oh my...the list goes on!! I am in the process of editing my novelette titled "Soap Dreams" and hope to get that submitted to my editor soon and hopefully a contract soon after that! I have started the sequel to "A Bitch Named Karma", which I titled "Karma Kameleon." And soon I'll be starting the official editing phase for my next book, "Paradise Cove", which was just contracted by Lyrical Press, due out April 2011!

Thanks for the interview, Stephanie! Good luck with your new release!
You can visit Stephanie's blog here.
Posted by Aubrie at 8:16 AM

What a lot of fun! This book is on the top of my "buy next" list!

This is a wonderful interview of an author with diverse interests. From the B of K to Chicken Soup stories to a novelette - very interesting.

Great plug! I've seen you commenting on a lot of blogs I follow, and thought I'd check you out. Nice to meet you. :-)

Aubrie, my review of Voices of Ire is up at The Writer's Hole. I really enjoyed it!

Awesome interview and that title is frickin awesome! Congrats on all your success and thanks aubrie! Off to see about that book- sounds like something I'll really enjoy!

Lovely interview, and that is a great title for a book! Love the title of the follow up as well - will keep an eye out for this!

Congrats on having your book published. Great interview!

What a title! It's nice to know I'm not the only one who's rewritten their query eighty times. :)

A Bitch Named Karma is one of the best titles I've ever heard. And the premise sounds like fun too. Good luck with the book!

What a great interview! I loved what she said about her writing experience and how she writes about lovers by remembering about her husband. I do that too :) Her book sounds great!

Great interview, Stephanie and Aubrie! I love the title of the book - sounds like my kind of read.

What a great interview! Love the title! And I adore the Chicken soup books. How cool that her story got included in it.

This book got me at the title. Great interview and now on my must read list!

Really great interview! I love the words the author chose to describe her book and the explanations she tagged on after.

Really great. This book seems very interesting, I'll hope over and check it out.

Aubrie, thanks for visiting my blog and for your thoughtful comment. Have a great day!
Doris