Lisa Olech Visits with a Guest Blog on Sculptors and Italy! 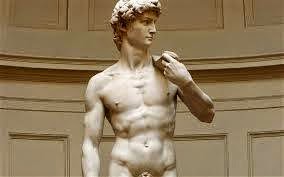 TAKE ME TO ITALY, PLEASE!
Lisa A. Olech

In my latest release, ROCK SOLID, my hero Maximo Vega is a sculptor. Part of the research I did for this book sent me through the Google maze looking at the most famous sculptures made from the finest materials. There is something so magical and beautiful about marble. From stairways to our greatest works of art, marble seems to be the stone of choice. 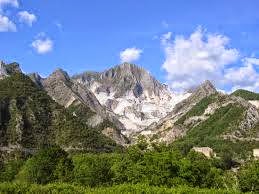 And if you’re searching for the best marble in the world, look no further than Carrara, Italy. You see, Carrara, Italy is nestled where the Rivera melts into the south. It’s flanked with towering mountains containing the world’s purest marble. Carrara has been linked with quarrying and carving marble since the Roman age. Did you know that the block of marble Michelangelo carved into “David” and “Moses” came from Carrara? It’s is rumored that it was given to him directly from the Pope.

Be it Carrara’s warm beaches or hillsides filled with ripe olive trees or its magnificent mountains, some day I’d love to visit. To see the massive quarries where one historian proclaimed that their marble to be “the snow the gods have made eternal.” 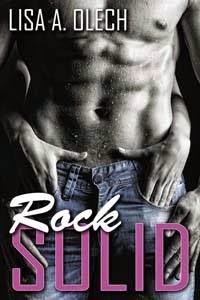 MAXIMO VEGA is a “rock” star! The media proclaimed him 'The Sculptor for the New Generation,' but he’s a reclusive artist ensnared by fame. Driven and intense, his isolation only adds to his mystique. Couple that with his smoldering good looks and rich Italian accent… Fans sigh his name.

EMILY BASKINS is a gifted graduate student at the Stoddard School of Art. To land an internship at the Vega Studio is her golden ticket. All she has to do is follow the rules. And stay out of trouble. Two things Emily has never been able to do.

As Max becomes trapped in the glare of the limelight, he discovers his greatest muse. He teaches Emily to breathe passion into clay and give marble a soul. But is their fiery relationship as rock solid as they believe? Or will a lie shatter the illusion?
EXCERPT:
Maximo Vega gathered his composure. He wore a black T-shirt, gray across the shoulders with dust, worn jeans, and heavy boots under a thick leather apron that reached to his knees. Hanging his head and bracing his hands on his hips, he was a study in frustration. The sleeves of his shirt hugged defined muscles of steely arms. And his hands…they were artist’s hands. Sculptor’s hands. Beaten by stone and scarred by tools. They spoke of years of rugged, blistering work.

He was tall. His shadowed jaw, rigid with anger, cut sharply against the tanned column of his neck. Maximo slapped the chisel on his leathered thigh. “I pay you. You find me good hands! Not idiota!”

“I’m sorry, Maximo. He’s gone. You’ll never have to work with him again.”

The great artist’s gaze slid over Emily. His eyes stopped at the white-knuckled hold she had on the large black portfolio.

He waved a hand toward her. “What are you?”

Deep brown eyes the color of rich coffee, no cream, speared her beneath frowning brows. He flipped his hand toward the portfolio. “Come. Show me.”

Emily shot a look to Dante. He gave her a tiny nudge, like a parent pushing a frightened child toward Santa’s lap.

“Come, come, come.” He snatched the portfolio from her numb fingers, unzipped it and laid it open across a crowded worktable. He used the rag in his hand to wipe the sweat from his lip as he flipped through photos and sketches of her latest works.

He looked away from her sketches and gave her a hard stare before looking down the full length of her and back again in a slow appraisal. Emily released the breath she was holding.

“Let me see your hands.”

She held them out and he grasped her wrists and examined first her palms before turning them over.
“Cold,” he said just loud enough for her to hear.

The smell of the heat of his body and the spice of soap drifted past her.

He lifted a quick eyebrow. “Good.” Lisa A. Olech is an artist/writer living in her dream house nestled among the lakes in New England. She loves getting lost in a steamy book, finding the perfect pair of sexy shoes, and hearing the laughter of her men. Being an estrogen island in a sea of testosterone makes her queen. She believes in ghosts, silver linings, the power of a man in a tuxedo, and happy endings.
You can find her at: www.lisaolech.com, Facebook: www.facebook.com/Lisa.A.Olech.Writer, Twitter: www.twitter.com/LisaOlech

Thank you so much for hosting me, Aubrie! If I can charm anyone into bringing me to Italy, I'll take you with me!! XOXO Lisa