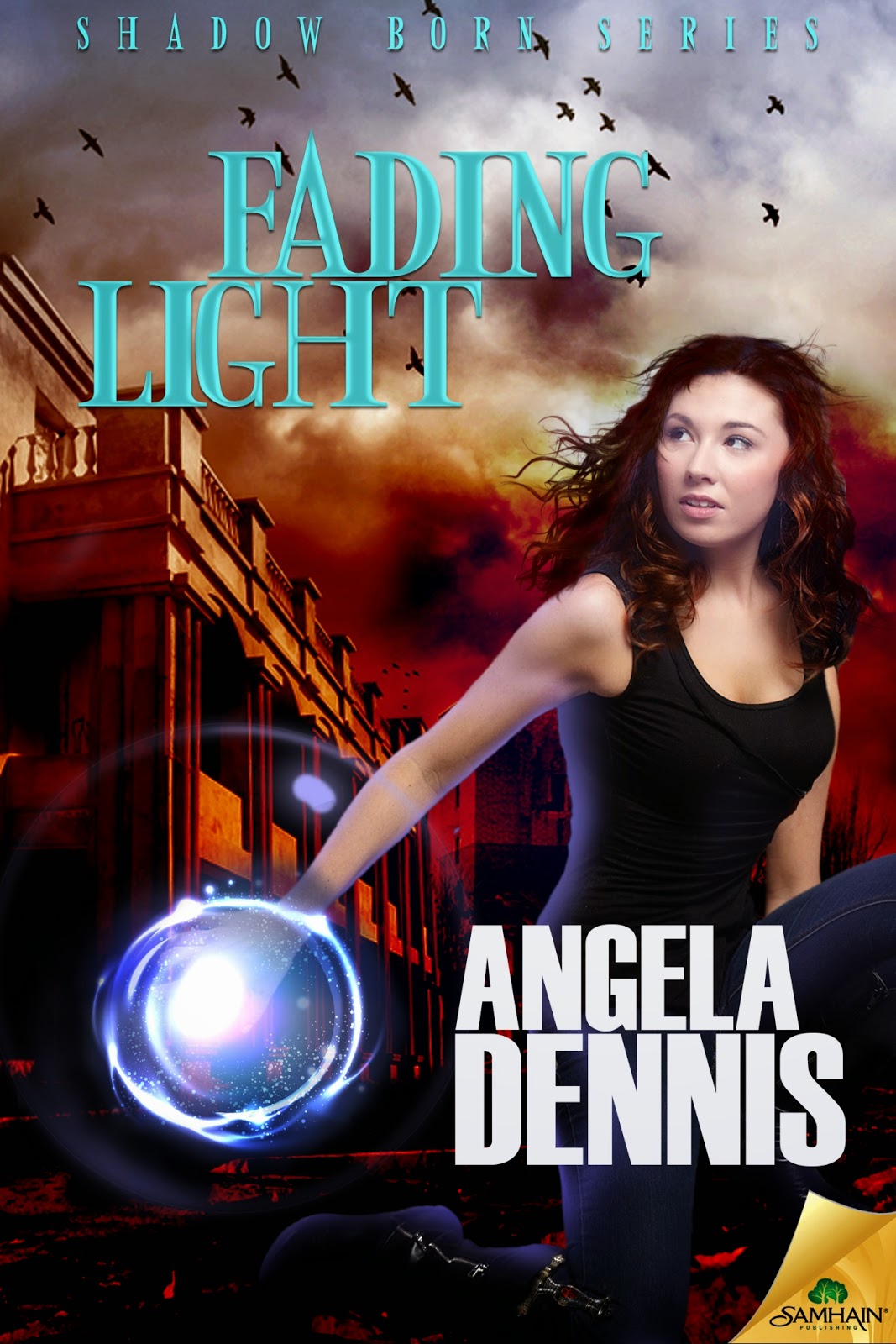 Tagline: Everyone has a breaking point.

Her hundred-year penance lifted, Shadow Bearer Brenna Baudouin returns to the Earthly plane with her partner, Gray Warlow, to keep the peace between humans and supernatural creatures—and to prevent another apocalyptic war from happening.

The attraction between them is nearing a critical point, but their checkered history has left Brenna unable to trust either her heart or her instincts.

It’s chaotic business as usual until humans begin turning to statues of dust. There is no explanation, no sign of magical foul play or a biological toxin. The humans are convinced it’s the work of a deviant supernatural faction, twisting the knife in the already tense relationship between their species. Brenna and Gray agree—the deaths have a former comrade-turned-rogue stamped all over them.

In a race against time, they enlist the help of both friend and foe to save the human race and stop the impending civil war. Along the way, they are forced to come to terms with their past and decide, once and for all, whether they will come together or fall apart.

Warning: Contains a heroine who knows her weapons but not her own heart, an outbreak of supernatural proportions, copious bloodletting, and a race to save an endangered species—humans. All tied up in a tight bow of sexual tension.

Darkness embraced Brenna like a thick wool blanket. It wrapped around her, blocking the dim lamplight as she walked toward the seedy bar. Glass residue from the riots crunched beneath her leather boots. Mixed with snow, the bits of broken beer bottles and smashed windows glittered like an army of broken icicles. She breathed deeply, inhaling the cool night air. It smelled of sour beer and clove cigarettes and left a bitter taste on her tongue.

Shadows embraced the sides of the stone structure that housed the Dirty Ruby, one of the few multi-species bars in Denver proper. They stalked across the snow and mixed with the night to merge into a black mass. From its midst stepped a man. Well over six feet, he moved with grace in contrast to his size. The moonlight played across his face, highlighting his chiseled features.

Brenna’s pulse quickened and she took an involuntary step forward. Self-conscious, she ran a hand through her copper curls, freeing them from the careless bun. The thick strands streamed down her back like fire as she moved, her breath coming in quick harsh bursts. She slipped off her black leather duster and draped it across her arm. Without it the tight black corset left her taut belly and back exposed, but she didn’t feel the cold. She never did around Gray.

“Four demons. Thirty humans. Keep the casualties to a minimum.” Brenna brushed past him, tossing him her coat. “I’ll bring them out. You send them back to hell.”

“Hell?” Gray grinned. His teeth gleamed in the moonlight. “You speak human now?”

She shrugged. “When in Rome.”

Her back to him, she turned toward the freshly white-washed door. But before she could move, he had her shoulder in a vise grip. His fingers twined in the hair at the base of her skull. His breath hot against her cheek. “I know your other partners let you boss them around.” He turned her to face him. “I’m not them.”

He stepped forward, forcing her back. They moved in an awkward dance until her ass hit the stone wall. Trapped, she stared at him, wary. A shadow fell across his face hiding all but his piercing violet eyes.

“We enter together. Once they’re dead, we leave.” He stepped back, loosening his hold.

“Won’t remember a thing.” He crushed his lips to hers even as he slid the duster across her shoulders. “And I’m not your coat rack.” Releasing her, he stepped back.

Brenna rubbed the back of her hand against her bruised lips. Gray would be the death of her.

If she didn’t kill him first.

She leaned against the wall to regain her bearings as he stepped into the light. He moved like a jungle cat. Ropes of strong muscles slid beneath his bronzed skin as his wild untapped power stirred beneath the surface. Akin to a force of nature, he would never go unnoticed. Even incognito, only a fool wouldn’t recognize Gray was dangerous. He was a beautiful, powerful thing to behold. And he was hers.

If she wanted him.

His black hair shimmered in the pale lamplight. It was tied with the usual brown leather strap, but a few pieces had slipped free. They curled around his face, softening his features. The sight of him stirred memories of what they had been to each other. Memories she had struggled for nearly a hundred years to repress. But she still wanted him with a fervor that was both frightening and exhilarating.

A sigh slipped from her lips as she pushed off the wall to follow him into the bar. Wooden planks creaked beneath their feet as they stepped inside. The room was crammed wall-to-wall with sweaty bodies. Humans surged on the dance floor, moving in chaotic abandon. Brenna stripped off her duster. The heat from the wood stoves was overpowering. Sweat beaded on her forehead. It dribbled down her face, sliding across her bare skin to pool between her breasts.

She threw the duster on the seat of a red plastic booth then slid in beside it. Her leather pants moved across the slick fabric like silk as she took a quick inventory of the room. Humans clanked beer bottles together, their shouts drowning out the death metal band screeching in the far corner. She closed her eyes to focus and searched for her prey. It took several minutes, but she found what she was looking for. The stench of rotten flesh and brimstone. It was subtle, but unmistakable. The demon was here, but he wasn’t alone.

Her seat shifted as Gray slid into the booth beside her. “This is new. They don’t usually hunt together.” He tossed a muscular arm across her shoulders.

Brenna leaned into his body. Her head against his chest, she breathed him in. He smelled of sage and wood smoke. “I doubt they’re aware of each other. Demons are territorial. They don’t play nice, and they’re not that bright.”

Gray shrugged. “There’s a first time for everything.”

He brushed a stray curl from her face. Unable to resist, she closed her eyes and enjoyed the simple touch.

“You take the males. I’ve got the females.” His breath was hot against her skin.

Her body tightened. She pulled back, a false smile playing on her lips. Beneath it she cursed her inability to keep him at a distance, even on a job. With a quick nod, she tossed back the shot of whiskey he shoved across the table. She leaned into him, her hands pressed against his chest. “We’ll meet at the van.”

She could still taste him as he walked away, and that treacherous part inside her yearned for more. The best way to blend in was to act like a couple, but they needed another option. She was already sexually frustrated, and the night had barely begun. But there was nothing more cathartic than a good hunt.

Brenna glanced at the demon. It lounged on a barstool, deep inside a human man around thirty. With a bored look, he watched as a young woman, her shirt in tatters on the dirty floor, straddled him. Her skirt hiked to her crotch, her body trembled as he drained her life force. A second woman stood behind him. Clad in tiny purple panties and a lace bra, she swayed to the music. Glassy eyed, breasts heaving, she waited her turn. It was disgusting.

It had been a human war that had ripped through the Veil between the planes of reality, and the humans had paid the price. Supernatural creatures, the humans now called deviants, had poured onto the Earthly plane, only to be trapped once the Veil had healed. The humans had managed to survive the onslaught by allying themselves with sympathetic deviants, but they had gotten too comfortable. And the demons were taking full advantage.

Brenna slammed the shot glass on the table. Time to play human. 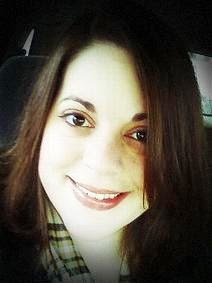 Angela Dennis lives outside Cincinnati, Ohio with her husband, son and a sheltie with a hero complex.  When she is not at her computer crafting stories, she can be found feeding her coffee addiction, playing peek-a-boo, or teaching her son about the great adventures found only in books.

She loves to hear from her readers, so find her on Twitter for a chat @angeladennis 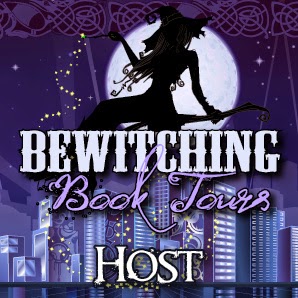 Thanks for stopping by, Angela!

Thanks so much for having me!


I enjoyed the excerpt! This looks like a great read!

This looks like a great book! What gave you the idea for the story? Thanks for this amazing giveaway - I would love to win!