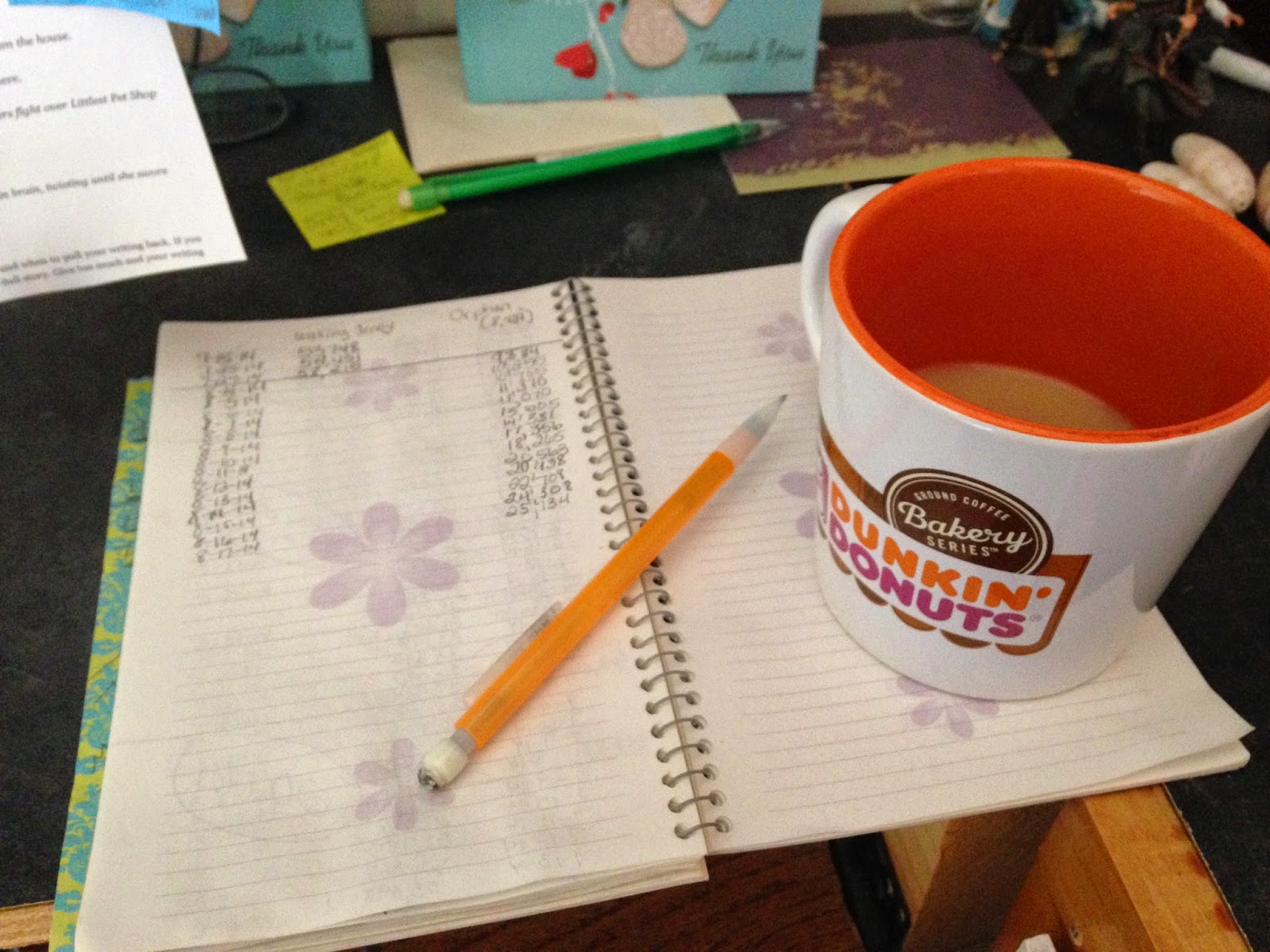 So here is my favorite Dunkin' Doughnuts mug next to my word count notebook. This month I'm completing the sequel to Minstrel's Serenade titled Orphan's Blade. All of my musical teaching commitments are done this month, so I have the next two weeks off just to write. Hopefully, I'll be able to finish it in time for the September 1st deadline! *eek*

I just got the notes from my editor at HarperImpulse for Diva's Handyman, so I'll be working on edits for that this month as well. She had a lot of great things to say about developing the characters even more and bringing out some of the themes. This is really going to add to the book!

Waiting on....So, I've submitted the sequel to Sleeping Jenny to Spencer Hill Press, titled Waking Jenny, and I'm waiting on the results of what they think. I'm also waiting to see what my editor at Lyrical Press thinks of Earth: Population 2. It's not a genre she usually takes on, so this is a long shot, but I wanted to try because I enjoy working with her so much.

Minstrel's Serenade has had low sales so far, so I've booked a book blast for it on September 8th. If anyone is interested in reviewing it or featuring it on their blogs, please let me know!

An American Girl in Italy has a review tour that starts today! And I'm giving away a set of Italy inspired notebooks for this tour. 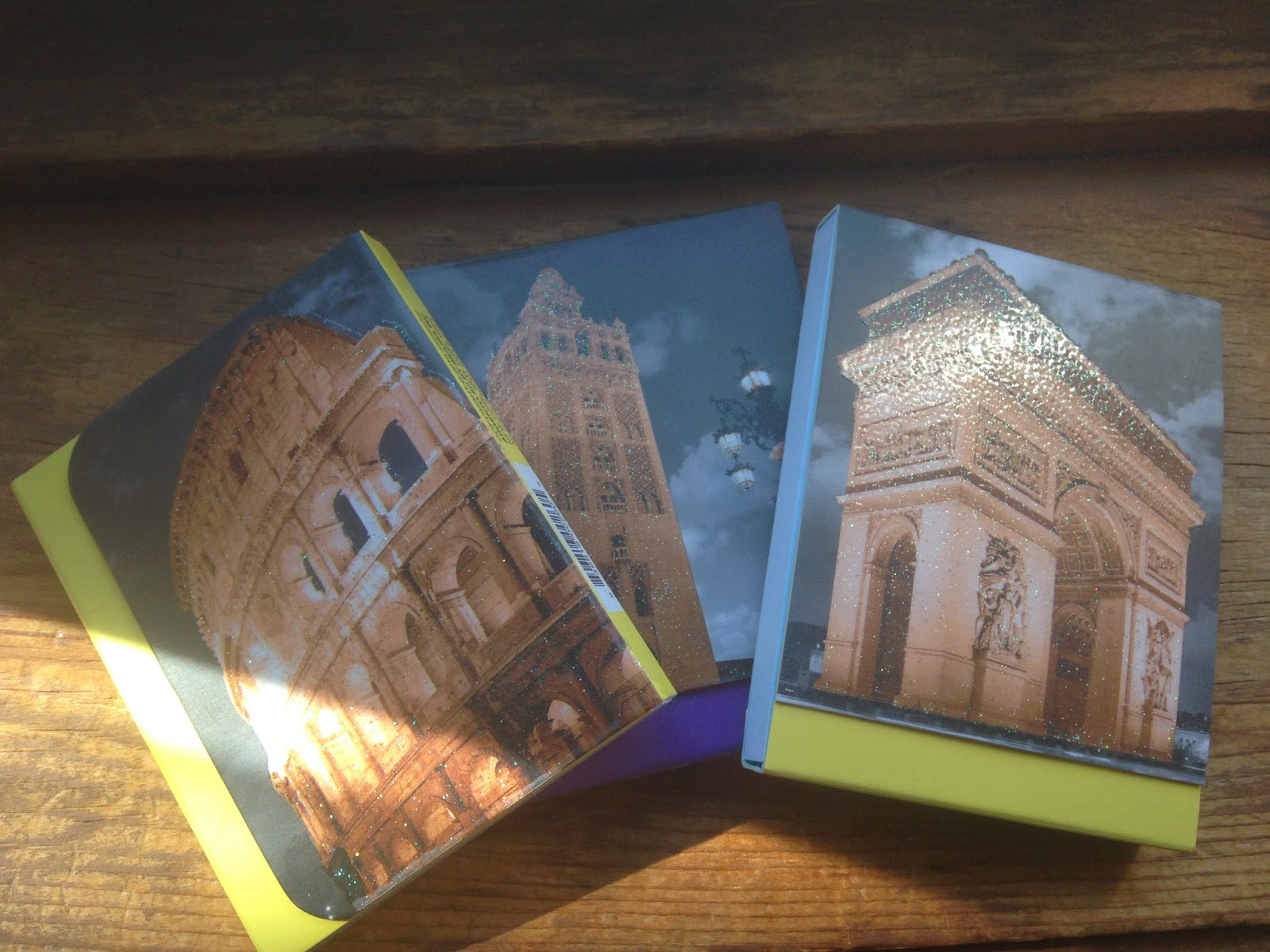 Here is the page with all of the stops. I hope you visit each stop and fill out the raffelcopter to win!

And a re-release of Colonization, which will be included with four other Inkspell Publishing Books in an anthology titled Moonbeams and Magic. Four books for the price of $1.99. It's quite a deal!

Thank you for staying on this writing journey with me! It's been a winding road with a few bumps, but lots of nice views along the way. Only time will tell what comes up next!
Posted by Aubrie at 10:09 AM

Good luck with the deadlines! I know you'll get everything done in time.

So glad to see your writing success just grow and grow! Good luck with your new releases!