Contract News! I Have a New Publisher: Astraea Press 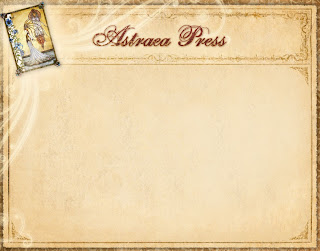 I am very excited to announce my contract with Astraea Press for my paranormal contemporary romance titled Love on Loch Ness. Astraea Press is a perfect fit for this fun and sweet book.

From their website:
Astraea was formed in 2010 when Stephanie Taylor saw the need for a non-erotic e-publisher that offers wholesome reads but still maintains the quality of mainstream romance. The first titles for Astraea were launched in February 2011
Love on Loch Ness falls right into the "wholesome reads" category. I'm so glad it found a home with Astraea Press.

Here is my working blurb:
DR. GAIL PHILIPS steps onto the shores of Loch Ness with a single purpose in mind; disprove the Loch Ness monster theory for good so everyone can stop wasting their time. As a marine biologist with a background in archeology, she’s convinced all of the world’s myths such as Big Foot, the Tasmanian Devil, and even Nessie are lies. Her father disappeared while following Yettie tracks in the Alps, and she doesn’t want to lose another mislead soul.

FLYNN MALONEY comes from a family of fanatic cryptozoologists. As a native of Scottland, he believes in Nessie as strong as Gail believes in science. Despite his initial strong attraction for her, he’s joined her research team to prove her wrong. He wants to find Nessie for his terminally ill sister, Tabitha, to show her dreams really can come true.

As they conduct sonar studies and sweeps of the lake floor, their differing opinions are at odds with their budding attraction. Gail doesn’t believe in anything unscientific, such as romance, thinking the charming Flynn Maloney is full of baloney. Flynn can’t believe he’s falling for someone with no imagination or faith. To make matters worse, their videographer is covering his true identity and intentions. Together they must unravel his plan before he destroys the very creature they are looking for. Will Gail steal Flynn’s heart and force him to question his faith, or will she discover more than she bargained for in the Scottish highlands?

Congratulations! Can't wait to read it!

Three cheers for the coming of your new release :-) Glad your story found the right home for it.

Yay, that's great! I have a few stories I'm planning on submitting there once they're ready. I met Stephanie at RT. She's a doll!

Congrats on the new book deal!

Congrats on the new contract!