Meet The Characters from Breaking Glass by Lisa Amowitz *Giveaway*

Meet the characters from Breaking Glass, Part One

Breaking Glass is a ghost story. But it is also a psychological drama—the tale a one boy’s unraveling.

The main character and narrator from BREAKING GLASS, is Jeremy Glass, a young man in his senior year of high school. On the surface Jeremy seems like a regular guy. A super-smart honors student, slightly nerdy history geek, but also a track star in his town of Riverton, New York, Jeremy appears to be headed for a full athletic and academic scholarship to a great college.

That’s how it looks from the outside. But inside, Jeremy is a tormented soul, still reeling from a terrible tragedy from his past and desperately in love with a girl who doesn’t want him. He clings to the hope that Susannah will wake up one day and realize that Jeremy’s best friend Ryan is no good for her— that he, Jeremy, is her soul-mate—the one who has worshipped her from afar all through high school.

But unbeknownst to anyone, even his closest friends, Jeremy drinks to outrun the nightmares and memories that haunt him. He fully believes he can control his dark vice—until the night Susannah disappears and all hell breaks loose.

Here is an excerpt to give you a feel for Jeremy:

Heart pounding, I gulp in air and think of my water bottle, nestled in the glove compartment of my car. I can feel my lips pressed to its cool rim, imagining the warmth of its contents sliding down the back of my throat.
But no. I have to stay sharp. I’m sensible, I tell myself. Sensible Jeremy Glass.
Besides, there’s no time. Susannah emerges from the parking lot mist carrying a single red rose. A circuit flips on inside me; a familiar volt of current sizzles through my core like heat lightning. I stuff the phone in my pocket and try to position myself to block Ryan from view. My palms are slick. At first, I identify the heaviness behind my eyeballs as guilt. Only as Susannah pushes through the glass doors, droplets beaded on her hair like diamond chips, do I recognize the cold hollow thing that claws up into my throat for what it really is.
Shame.
Panic cramps my insides. The silver water bottle beckons. 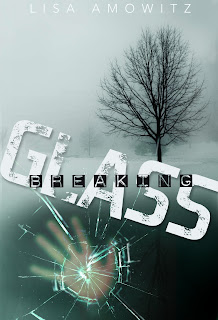 BREAKING GLASS from Spencer Hill Press, July 2013
by Lisa Amowitz
On the night seventeen-year-old Jeremy Glass winds up in the hospital with a broken leg and a blood alcohol level well above the legal limit, his secret crush, Susannah, disappears. When he begins receiving messages from her from beyond the grave, he’s not sure whether they’re real or if he’s losing his grip on reality. Clue by clue, he gets closer to unraveling the mystery, and soon realizes he must discover the truth or become the next victim himself.
ISBN: 978-1937053383
Add Breaking Glass to Goodreads
Support an Indie bookstore
Buy it from Barnes and Noble
Buy it from Amazon 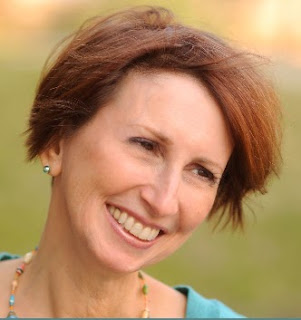 Lisa Amowitz was born in Queens and raised in the wilds of Long Island, New York where she climbed trees, thought small creatures lived under rocks and studied ant hills. And drew. A lot.
When she hit her teens, she realized that Long Island was too small for her and she needed to escape. So she went to college in Pittsburgh. Go figure.
On leaving college, Lisa became a graphic designer living in New York City. She eventually married her husband of a zillion years, had two lovely children, and was swept away to a fairy tale life in the Bronx, where, unbelievably there are more trees and wilderness than her hometown. She can see the Hudson River from her kitchen window.
Lisa has been a professor of Graphic Design at her beloved Bronx Community College where she has been tormenting and cajoling students for nearly seventeen years. She started writing eight years ago because she wanted something to illustrate, but somehow, instead ended up writing YA. Probably because her mind is too dark and twisted for small children.
BREAKING GLASS which will be released in July, 2013 from Spencer Hill Press, is her first published work. VISION, the first of the Finder series will be released in 2014, along with an unnamed sequel in the following year. LIFE AND BETH will also be released in the near future, along with graphic novel style art.
Find Lisa on Facebook
Follow Lisa on Twitter

We are also going to be making a free download of SHARDS, which is an illustrated preview of BREAKING GLASS. The link will be forthcoming, but here is the button: