Next Week is Free Reads Week at Inkspell! 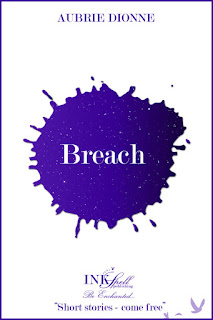 The scientists thought they'd contained the threat to the New Dawn. But, the arachnids escaped. Can Alcor face his fears and save the ship and the mother of the girl he admires? Or will his physical and emotional scars overwhelm him?

As part of Free Reads week at Inkspell Publishing, I've contributed a short story of my own which ties into the Paradise Reclaimed trilogy. My story will be available on Thursday of next week to download for FREE. You can use this as an opportunity to "test out" the series and see if you like it.

Also, I'll be doing a giveaway of this really neat spider necklace. To enter, all you have to do is download the ebook and tell me one of your favorite sentences-which has to be different than everyone else's favorite sentence- no copying answers! 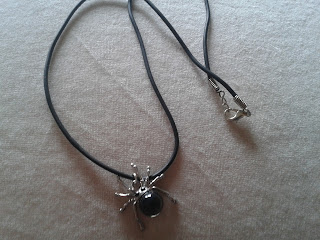 Other Inkspell authors will be participating. Here is the schedule:


Mar 20, 2012: Cordially Invited by Sasha Summers; After Faerie by Stephanie Keyes; The Diva Who Loved Too Much by Shirley KennedyMar 21, 2012: Fates Voyage by Rebecca Hart;  A Taste of Forbidden by Kristy Centeno; First Shift by Kacey VanderkarrMar 22, 2012: Dirty Laundry by Stephanie Lawton; Cycle 13: Approaching Skye by Jill Kaelin; How Many Ways by Cecilia RobertMar 23, 2012: Breach by Aubrie Dionne; You are Invited by Sasha Summers; Beyond the Mirror by Majanka VerstraeteMar 24, 2012: Burnt Embers by Annabelle Blume; Two Years at a Time by Naya Nikki; The First Time by T. Michelle Nelson
To download any of these books simply go here on the corresponding day next week.

Ohh, sounds cool. Will be back to check it out!