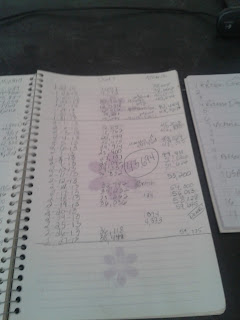 Total word count for February: 43,694 Not bad considering I just had my wisdom teeth out- so I lost a good three days to watching Star Trek TNG episodes while I held a bag of frozen peas to one cheek and a bag of frozen corn to the other. Not fun. Except for the Star Trek part- that was fun. (seeing Lieutenant Tasha Yar die all over again was sad, though.)

In Feb. I worked on the sequel to Playing the Maestro, tentatively titled Duets with Michelangelo, and the conclusion to my Paradise Reclaimed trilogy: Alliance. I also wrote a short story linking to the trilogy for Inkspell Publishing's free reads week coming up soon! Titled Breech, this will feature Alcor Dunstable, a smaller character from the previous two books. In the story he has to confront his own fears to save the mother of the girl he likes. But, his scars run deep.

Submissions: I'm still waiting to see if Entangled Publishing takes Love on Loch Ness and the sequel to Maestro. My agent is reading Minstrel's Serenade, so that will go out into submissions land soon, too. 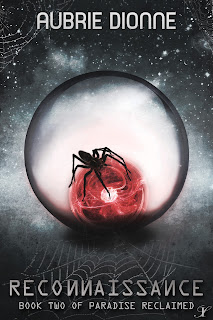 I just had my cover reveal for Reconnaissance! You can preorder the ebook and print copies now here.

The first five people that preorder it and email me (aubriedionne at yahoo dot com) with the order receipt will get a keychain from the first book: 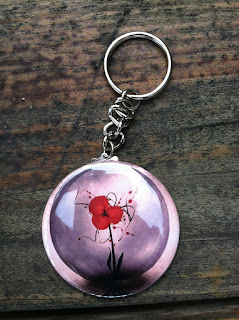 And that's it! Happy reading and writing!

You're doing awesome with your word count! I have my fingers crossed for your submissions out there.

You're having a fantastic year so far. Wow. Do you sleep?!

You're doing great so far! Sorry about your wisdom teeth and watching Tasha die again is pretty sad. I liked her character. :)