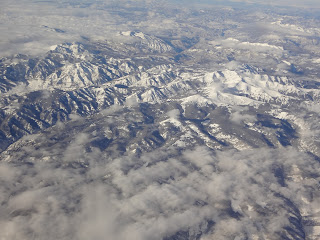 The Rocky Mountains from the plane!
To go to California from New Hampshire, I had to fly to New Jersey (which I saw the Statue of Liberty from the plane!), and then across all of the United States in a WAY too long plane trip that almost made me go crazy. But, I'm still here, so we're all good.

I haven't been on vacation in a long time, so I was very excited to visit Hollywood, California for the first time. Usually we go to Florida or a beach place, but this time I wanted to do something different. I met some real actresses, toured a movie set, rode some amazing rides,  took pictures at a wax museum, and rode a Ferris wheel on the Santa Monica pier. And that's just the tip of the iceberg!

I've decided to share each day of my vacation with you this week on my blog with a lot of my pictures. 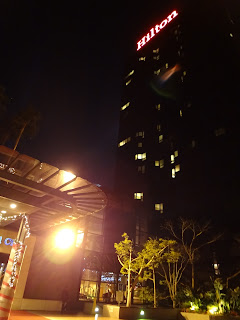 This is where we stayed for three nights out of five. This hotel is located right across from Universal Studios and the theme park. We could actually walk to Universal City and the theme park from here. (Which is a wonderful idea because the parking was horrendous and expensive.) 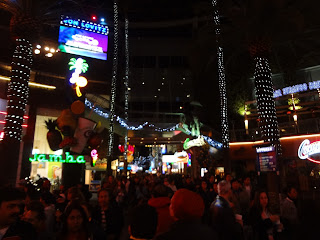 Universal has grown so large, it's an entire city by itself with its own fire department and zip code. And boy, let me tell you, it's a happening place. You can see the mob of people right there. At night it lights up, and they have these small flame heaters to keep you warm outside-the temperature was 50's and 60's. (Which I think is pretty silly to need heaters coming from 20 and 30 degree weather in New Hampshire.) 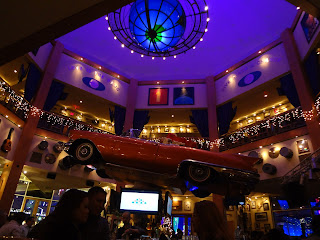 We ate at the Hard Rock cafe in Universal City. This place has a lot of old Rock and Roll memorabilia, which I really don't keep up with being a classical musician. But, the pink car was fantastic! I had a mac n' cheese with broccoli and some pineapple and and strawberry fruit. (Yes, I still eat my veggies while on vacation!)

That's it for now. The next entry will be the Universal Studio tour where I got to go on the set of Parenthood, meet two real actresses, and tour the prop studio. Stay tuned my friends!

Hi there! I could have sworn I've visited your blog before but after looking at many of the posts I realized it's new to me.

Regardless, I'm definitely pleased I stumbled upon it and I'll be book-marking
it and checking back often!

Hi colleagues, fastidious piece of writing and nice arguments commented here,
I am genuinely enjoying by these.

Its such as you read my mind! You appear to grasp a lot approximately this,
like you wrote the ebook in it or something. I believe that you
could do with a few % to power the message house a little bit, however instead of that, this is magnificent blog. A fantastic read. I will certainly be back.

Stop by my page the scholarships

Hey There. I found your blog using msn. This is a very well written article.
I'll make sure to bookmark it and come back to read more of your useful info. Thanks for the post. I'll
certainly return.


Here is my site Http://Vintagevideos.net

I like what you guys are up too. This sort of clever work and
coverage! Keep up the wonderful works guys I've included you guys to my own blogroll.

Here is my weblog the Sex Videos

Saved as a favorite, I love your blog!

Hi, I check your blogs like every week. Your writing style is
awesome, keep doing what you're doing!

It's actually a cool and useful piece of information. I am happy that you just shared this useful info with us. Please keep us informed like this. Thanks for sharing.

Hey there this is kind of of off topic but I was wanting to know if blogs use WYSIWYG editors or if you have to manually code with HTML.

I'm starting a blog soon but have no coding expertise so I wanted to get advice from someone with experience. Any help would be greatly appreciated!