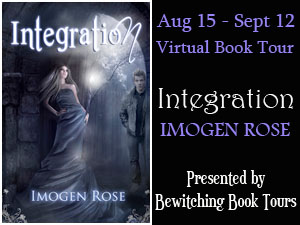 Welcome back to Bonfire Academy.

Broken. I couldn’t think of a better word to describe it. I felt as if I’d been torn to bits, maybe even shredded. I was suffocating, surrounded by a wet tightness of skin and flesh all crusted together. My body was home to excruciating stabs of pain searing about randomly before a final thrust of sheer agony. I couldn’t tell if the source of the pain was within me or if I was being repeatedly sliced open with a knife. Did it matter? I felt as though it was only a matter of seconds before my thoughts would end.

My name. I flinched as the same voice repeated my name again and again. Why? Who was it? It—he—sounded familiar. I heaved as the voice triggered the memory of his face. Then, not being able to stop the bile from traveling up my throat, I gagged and purged, emptying my stomach completely. The next time he muttered my name, his voice was laced with disgust. But his revulsion couldn’t compete with my utter repugnance and disbelief at what he’d done. Him. Someone I had trusted with my life, even though the rule was clear: 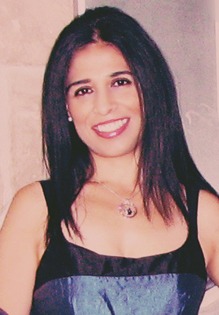 Imogen Rose is the author of the bestselling series, Portal Chronicles, which has attained cult status within indie literature and become a favorite among teens and adults alike. An immunologist by profession, Dr. Rose published her first work of fiction in 2010. She now writes full time and is currently working on her second teen series, the Bonfire Chronicles. Imogen was born in Sweden and has lived in several places, counting London among her favorites. She moved to New Jersey in 2001. A self-confessed Hermès addict, Imogen freely admits to being obsessed with Kurt Cobain. She enjoys shopping, traveling, watching movies, and hanging out with her family, friends, and Chihuahua.

I have to be honest. I approached this interview with some hesitation, perhaps even a little trepidation. After all, even though I feel I know him a bit through Cordelia, I’ve never experienced Jagger directly. As he sits before me, I can empathize with Cordelia. He is impossibly magnetic, his aura both powerful and dangerous, the only release, a hint of humor gleaming in his silver-gray eyes. I met with him in St. Moritz, just before the start of Faustine’s Integration year.

Are you excited about starting a new year at the Academy?
I am, though I’m not exactly sure what my role will be this year. I guess I’ll find out when I get there.

So, you’re not heading back as the Student Council President?
I wouldn’t think so. That position is usually only awarded for a year. Plus, my time at the academy is officially over.

Why are you going back, then?
Mainly to keep an eye on my brother, Ryker.

And Cordelia?
Yes, hmm. You said that you had some questions from my fans...

I do! Here is one from Sean Sweeney. He wants to know what you got Cordelia for Valentine’s Day.
Myself. However, like any girl, she obviously needed a “token” as well. I got her a little secret something from Harry Winston.

Nice! The next question is about Cordelia as well. Al Kunz, the infamous celeb book blogger, aka The Snake, wants to know what really happened on the slopes. He wants details.
He couldn’t handle the details.

LOL! There you have it, Al! Moving on... Michelle Cable wants to know what you thought when you first saw Cordelia and what you thought of that electrifying kiss.
That she’s stunning is apparent to all who are lucky enough to behold her. I was struck by her beauty as soon as I saw her, when she first arrived at the academy. It was my policy to stay away from demons, though. Every kiss with her is electrifying, but I’m guessing you mean our very first kiss. I was shocked, but immediately realized what had happened.

Too bad that doesn’t happen to humans. Synching sounds unbelievably intimate...
It is, but the realization that one is bound forever to this one being frightening, too. That’s unnatural in the supernatural world.

I can see that. Faustine seems to bridge the gap between the human and the paranormal worlds. My daughter Lauren wants to know what you think of Faustine, and Vickie Boehnlein wants to know if you’re scared of Faustine.
I love Faustine. She’s like a little sister to me. I feel very protective of her, even though I know that she can take care of herself. And yes, I’m scared of her. I’d be stupid not to be. She’s one of the most powerful demons I’ve ever come across.

10. Demons seem to like their food, meat in particular. Lynn O’Dell would like to know if you prefer filet mignon or T-bones?
I’m not a demon, but I do prefer Filet Mignon.