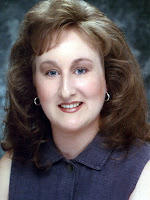 Today I'm excited to host another Entangled Author: Cate Lord! I love this picture of her. She looks like she could be my sister. :) She's got some great advice for us writers, too.

Cate has a new book out with Entangled Publishing:

She's written a guest post for us, so take it away, Cate....

Thanks so much, Aubrie, for inviting me to be a guest on your blog! I was very flattered to be asked and am thrilled to be here.

Today, I’m going to talk my Chick Lit romantic comedy Lucky Girl, a September release from Entangled Publishing. My book’s heroine, twenty-nine-year-old Jessica Devlin, is the beauty editor of Orlando’s O Tart magazine and she takes a long overdue vacation to be maid-of-honor in her English cousin’s wedding.

Jess is nervous about the trip, after recently being dumped by her fiancé and an embarrassing episode two years ago after her grandfather’s funeral that involved an English pub, too many drinks, and a handsome Brit who held her in his arms and soothed her while she cried. Of course, Jess believes there’s little chance of her running into James Bond gorgeous Nick Mondinello again—but guess who’s at the wedding? Jess firmly believes marketing exec Nick isn’t right for her, since he’s a playboy like her dad who left when she was twelve. Fate, though, keeps throwing her and Nick together in ways she never expected.

When I wrote Lucky Girl, I was never alone. Jess and Nick were always with me. I sensed them standing behind my chair, peering over my shoulder while I typed. They offered a nudge or whisper of advice if they felt the plot, dialogue, or emotional focus of the scene should go in a different direction than what I’d decided.
However, I also had another character keeping watch on me: my cat.

Kai, our fluffy gold and white male kitty, isn’t happy unless he can be an active part of my writing schedule. Note the word ‘active.’ He has always been a rambunctious feline. We adopted him close to three years ago from the local animal services, unable to resist him, a skinny, wide-eyed, three-month-old cutie who squirmed in my daughter’s arms from the moment she asked to hold him. Our household has never been the same. Neither has my writing routine.

Each day, the very instant I booted up my net book to work on Lucky Girl, Kai was beside me, rubbing his face against mine, demanding attention. I nudged him away and opened my file. He walked between me and the computer screen and stopped there, giving me a face full of silky, fluffy fur. I gently shoved him away again. He repeated the ‘walk and stop’ distraction. I put him on the floor. He returned to sprawl behind my net book, bat at my mouse cable, and chew on my net book. Argh! Finally, once he got bored, he curled up in his cat bed I’d placed on the table by my computer and napped, while peeking at me now and again to check on my progress.
Kai continues to ‘help’ me write every day now. Is it any wonder I worked an attention-hogging male cat into Lucky Girl?

All that said, I’ve learned a few things about writing from Kai:

1. In a pinch, resort to cute humor.
In Lucky Girl, I put Jess in a few awkward situations and embarrassed her more than once—but only because her giggle-worthy dilemmas helped her to finally trust and fall in love with Nick. They were important to her character arc. How did Kai help me with the funny stuff? Just when I thought I couldn’t stand any more of his antics, he’d do something adorable, like fetch his fuzzy mouse with the rattle inside, drop it on the floor, and meow as though asking me to play. Or, he’d squish himself flat on the laminate floor, scoot under the china cabinet, and peek out at me. He reminded me that when the tension is rising between my characters, a fun way to keep the Chick Lit tone intact and keep the story moving was to throw in a laugh or two.

2. When stuck, take a break.
Some days, I just couldn’t get the words right, either because I was tired or I still hadn’t mentally worked out the roadmap of the scene I was writing. What I learned from Kai? A break works wonders (for him, that means taking a long nap). Sometimes I went for a walk or did Yoga; I returned to my computer with a fresh perspective and usually, a solution to what wasn’t working before.

3. Sometimes, your muse has to run wild.
There are times in the day when Kai tears around the house like he’s possessed. He leaps over the furniture, then sails down the stairs, airborne for at least five of the fourteen steps. He has no specific plan in mind, he’s simply surrendered to his animal instincts. For a writer, this means letting the creative muse take charge—and it’s exciting. When I wrote the nightclub scene in Lucky Girl, when Jess and Nick end up “dirty dancing,” I felt the intense sexual charge between Jess and Nick, and let my muse take hold of that sizzling emotion and run wild with it. My fingers flew, and the results were pretty darned hot! It’s one of my favorite scenes in the book, and required little editing.

Could I write without Kai? I might get more done, without his distractions. But for the inspiration he’s provided me, and the purring, snuggling, kitty-kissing love he shows me every day, I consider myself to be a very lucky girl.

Thanks for visiting today, Cate!
Posted by Aubrie at 6:00 AM

My 7 yo wants a cat. I had better not let her read this post. She might use it as a pro for getting her much wanted kittie. Not that this would sway my hubby into letting her have one.

Love the cover and the story sounds great. :D

Hello, Stina! :) Aww, how sweet that your daughter wants a kitty. They are a whole lot of fun. Thanks for your kind words about LUCKY GIRL and for leaving a comment. :)

This is such a clever post . I love the "When in a pinch, resort to cute humor." my kids use that on me, and your right, it usually works. I'm allergic to cats but it doesn't stop me from adopting them. Who can resist their cute faces?

This sounds like a great read! You've sold me with the cats. lol. They are so entertaining. Can't wait to give this story a try.

My cat used to be the same way. She's lay across the keyboard and purr when she thought it was time for me to take a break. It always seemed to help. The dogs meanwhile will let me work myself to exhaustion and not care.

Man I miss my cat.

Awww. You are a lucky girl, Cate, to have such a sweet kitty "assisting" with your writing process!

Lucky Girl is so much fun. I hope people everywhere are falling in love with Jess and Nick! :)

Boone, I'm so glad you enjoyed my post. :) My husband is allergic to cats, too, but we manage to make it work. You're absolutely right; who can resist a cute cat? :)

Sutton, it's so nice to "meet" you! Thanks for your kind words about my novel, and I hope you enjoy reading LUCKY GIRL. :)

Hello, Jus! Great to see you here! :) Yes, my kitty is pretty awesome, even when he's a total mischief-maker. :)

Patricia, aww. :( I'm so sorry you are kitty-less. Sounds like you have some wonderful memories, though, of that sweet cat.

Hi, Tracy! :) Thanks so much for your lovely comment. :) I AM lucky to have my kitty muse. And thanks for your kind words about LUCKY GIRL. :) I, too, hope readers love Jess and Nick as much as I adored writing their story.

Great post, Cate. My dog behaves like this - he's big enough to reach the computer with his nose and will insist on trying to help me type. I get annoyed then he looks at me with his big brown eyes and puts his head on my lap - what can you do?

Great interview! I love cats, and used to have the neighbour's cat visit. One time I was so into what I was doing on the computer, I jumped sky-high when this furry thing wound itself round my legs! I'd completely forgotten she was in the flat.

Hello, Nina! :) Aww, your dog sounds like a sweetie! Pets are wonderful, aren't they?

Hi, C D Meetens! I'm so glad you enjoyed my post. Your story about the neighbor's kitty is so cute! Thanks for sharing. :)

Sounds like a fun read. Good luck with the book, Cate!

So many great Entangled books to read!

I really need to get these deadlines behind me so I can curl up with the lot and enjoy :)

I'm glad to hear you have so many "helpers" when you write.

buy retin a online retin a micro dosage - retin a cream 0.05 how to use

strattera no prescription strattera side effects aggression - getting high strattera

cheap viagra does viagra work yahoo - can u buy viagra us